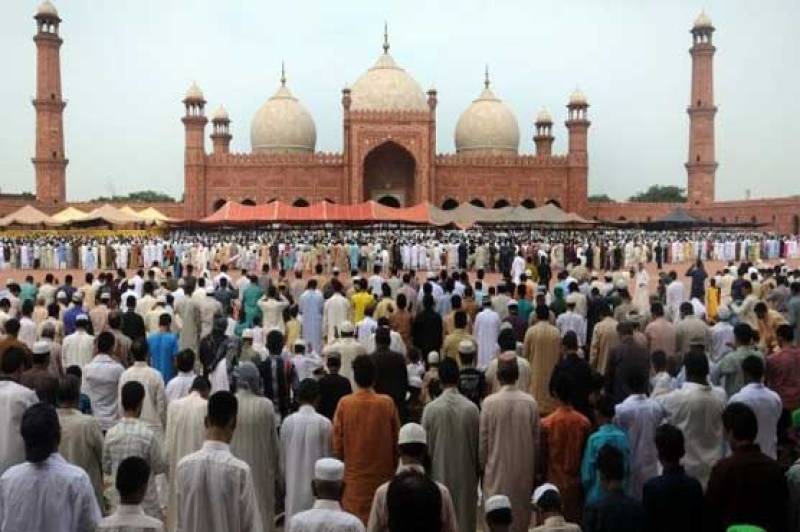 ISLAMABAD -The federal government announced on Monday a three-day holiday on the occasion of Eid Al Adha from July 20 to 22.

Reports said that a summary of four holidays was sent to Prime Minister Imran Khan but he has approved three holidays.

Meanwhile, Pakistan’s top monitoring body on Covid-19 launched counter measures in wake of the rise in infection in recent days.

The National Command and Operations Centre (NCOC) officials said the forum warned, instructing all provinces to ensure implementation of measures in high-risk amid the danger of the Delta variant spreading across the South Asian country.

The provinces have been issued detailed directives for strict implementation on SOPs, the officials announced saying special teams have been formed for implementing facemask, social distancing SOPs.

Guidelines have been issued for cattle markets and Eid ul Adha gatherings, it further stated.

Furthermore, the authorities have made Covid vaccination mandatory for the masses. Unvaccinated citizens won’t be allowed inside restaurants, hotels, gyms, and cinemas without showing their immunization certificates.

ISLAMABAD – Interior Minister Sheikh Rashid Ahmed Sunday announced that only those people who have been ...

Travelers also need to show a Covid vaccination certificate before boarding flights from the next month while no hotel will allow travelers without Covid vaccine certificates.

The NCOC has also stressed upon implementation of guidelines at mosques and shopping centers besides also issuing a checklist for district administrations in this regard.

An official communique released by the authority stated that all cattle markets will be set up outside the cities with adherence to strict SOPs.