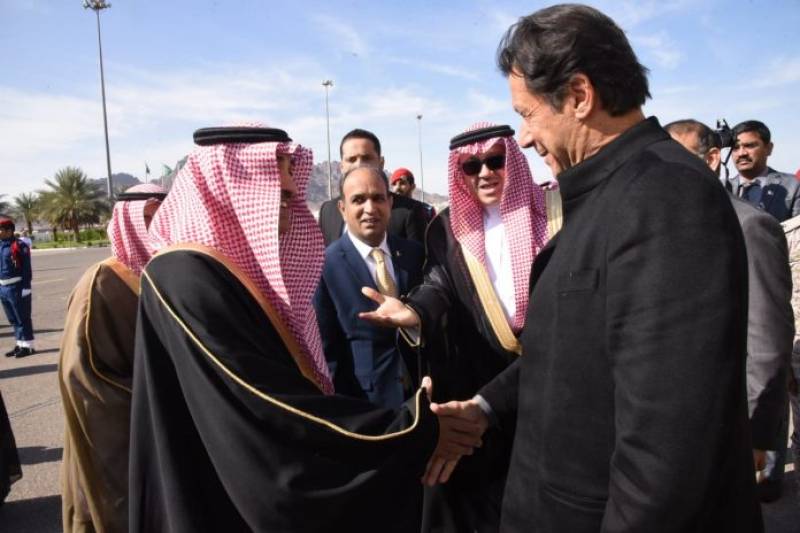 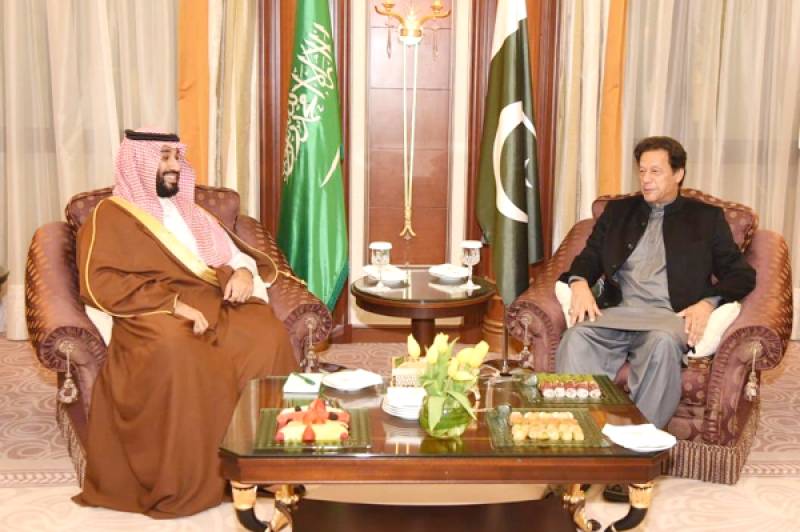 RIYADH – Prime Minister Imran Khan on Saturday reached Saudi Arabia for the fourth time in a year on “official business” as part of “regular exchanges” between the leadership of the two countries.

The Pakistani premier met with Crown Prince of Saudi Arabia Mohammad bin Salman Al Saud in the kingdom's capital, where they discussed several bilateral matters and the regional situation.

On the first leg of his visit, the prime minister visited Madinah Al Munawwarah where he paid respects at Roza-e-Rasool (Peace be Upon Him) and offered prayer there.

"The consultations will cover bilateral matters and recent developments in the regional context," the FO added.

Earlier in October, PM Imran Khan had paid a brief visit to Saudi Arabia where he met King Salman bin Abdulaziz Al Saud and Crown Prince Muhammad bin Salman. During his previous visit, Riyadh leadership had agreed to remain engaged and consult closely to take forward the premier's initiative to ensure peace and security in the region.