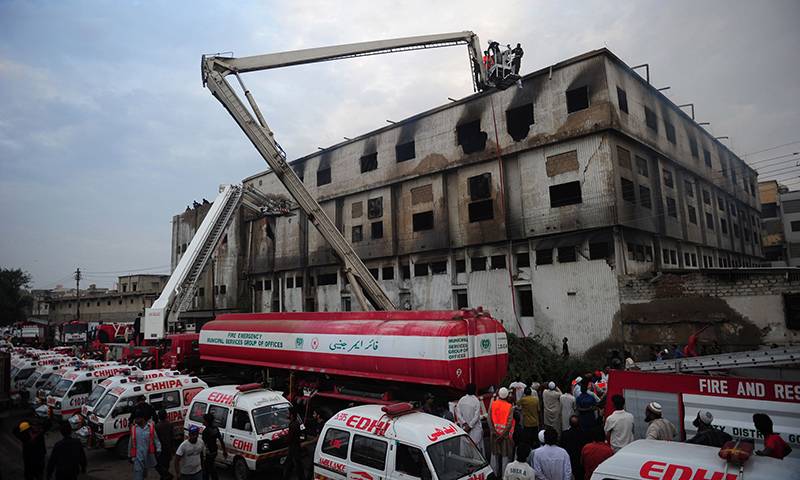 A judicial magistrate heard the case on Tuesday. The hearing of the case has been adjourned Till April 9 as investigative officer Inspector Jahanzaib did not appear before the court despite court s order.

On the other hand, senior lawyer Khalid Mehboob has been appointed new public prosecutor by the government. Few months earlier, former prosecutor Shazia Hunjra had refused to comply.

A garments factory in Baldia Town had caught fire on September 11, 2012 claiming around 259 lives while at least 600 were injured. Rangers had claimed that Muttahida Qaumi Movement (MQM) was behind the incident.