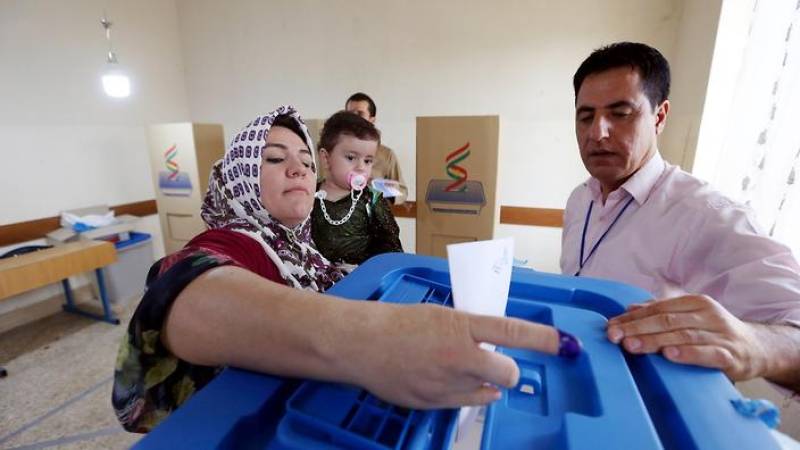 KURDISTAN - Voters are heading to the polls in a controversial independence referendum in the Kurdistan Region of Iraq.

Iraq's Prime Minister has warned he will take "necessary measures to preserve the unity of the country".

Western countries have expressed concern that the poll could provoke fresh conflict, and distract from the fight against so-called Islamic State.

But Kurds, who have long fought for their own state, have pressed ahead. The result, however, is non-binding.

Iraq has said the referendum must be suspended, but it cannot enforce that decision on the autonomous region.

Ahead of the vote, Prime Minister Haider al-Abadi said the vote was unconstitutional and threatened peace, adding: "We will take the necessary measures to preserve the unity of the country."

He did not make clear which measures he intended to implement.

Later, his government demanded the Kurdish region hand over control of its international border posts.

The leader of Iraqi Kurds, Massoud Barzani, says that independence is the only way to guarantee the safety of his people.

"When have we ever had stability and security that we should be concerned about losing it?" he told the BBC in a recent interview. "Those who are saying this are just looking for excuses to stop us." But he pledged that the referendum would not affect the fight against IS.-Online