SC to hear Jahangir Tareen's plea against disqualification on Thursday 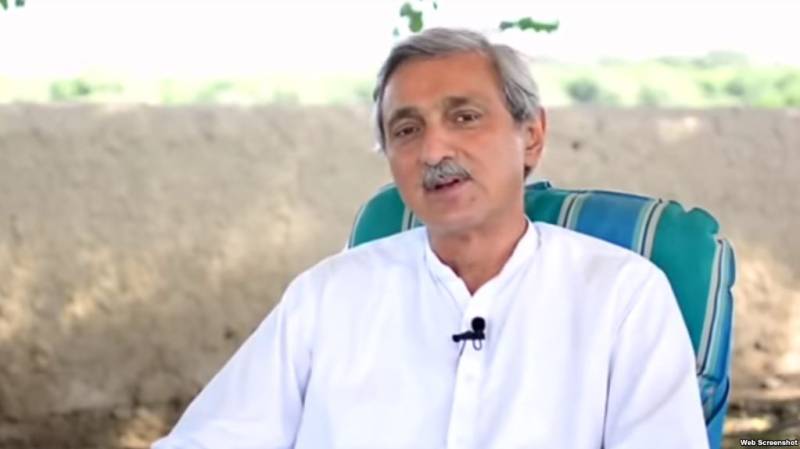 ISLAMABAD - The Supreme Court will take up the review petition filed by  Pakistan Tehreek-e-Insaf (PTI) leader Jahangir Tareen against his lifetime disqualification on Thursday.

On December 15, 2017, the top court had disqualified the PTI's secretary general for life under Article 2(1)(f) of the Constitution for concealing assets on a petition filed by Pakistan Muslim League Nawaz leader Haneef Abbasi.

‘Jahangir Tareen was not Sadiq’ (honest) and ‘Ameen’ (righteous)’, announced the chief justice while announcing the verdict under .

“Jehangir Tareen has been disqualified for not disclosing his off-shore company, Sunny View Limited (SVL),” said the top court while explaining the legal grounds for the disqualification.

The bench had declared that the SVL was set up by the PTI leader which had a legal title of the property measuring 12 acres known as ‘Hyde House’ but the real owner and beneficial of this property was Tareen.

In his review petition, Tareen, a close aide of Prime Minister Imran Khan, also submitted an affidavit explaining his innocence in the case. Opposing to the court verdict, he argued that he was not the beneficial owner of the UK property.

“As the trust was funded through remittances from Pakistan using official banking channels and was, therefore, in full knowledge of the State Bank of Pakistan, I say the question of concealment does not arise,” says the affidavit.

“Since the remitted funds are from concealment thereof, I say that in any event, there cannot be any concealment of tax paid funds remitted through official banking channels with the approval and knowledge of the State Bank of Pakistan and Federal Board of Revenue (FBR),” the affidavit says.

“In my personal, financial and fiscal affairs I have endeavoured to adhere to the highest standards of compliance. I seek and act upon professional advice from competent practitioners who are considered leaders in their area of practice,” it adds.

He reiterated that the 'trust' was established and all its funding and remittance were made on the basis of experts' advice, which he still believes is true. Stating that the property's actual benficials are his children, he said that details of funds have been disclosed since 2011 in his children's wealth statements.

“I have four children (three daughters and a son) all of whom are married and independent. The inclusion of myself and my spouse as discretionary lifetime beneficiaries in the settlement was a proactive measure only so as to preclude my children at least during the lifetime of the parents from liquidating the trust and distributing and spending the proceeds, which I was advised could potentially be achieved if all discretionary beneficiaries unanimously demanded that of the trustees,” the PTI leader states in his affidavit.

Tareen also submitted some documents to prove that he was not the beneficial owner of the property holds by the SVL, besides adding that he never planned to transfer this property to himself and his wife.

“Since the English and Jersey law relating to the governing discretionary trust is an intricate and esoteric subject, my understanding was based on professional advice and my reading of settlement as a lay person, even not accepted by the Supreme Court would not and do not warrant a declaration of dishonesty on my part as the trust arrangement is legitimate and lawfully recognised and valid structure and there was never any intent to mislead or conceal the trust from the court, my former constituents or from any revenue authorities or regulators and nor is there any evidence to the contrary to the record,” he states.