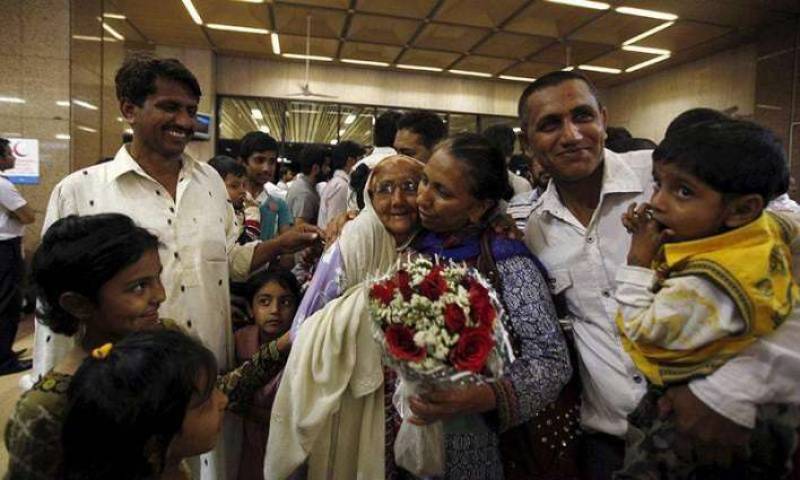 ISLAMABAD – The Sub-committee of National Assembly Standing Committee on Overseas Pakistani and Human Resource Development on Wednesday was informed that so far 579 Pakistani prisoners had been repatriated from Saudi Arabia to the country.

"These prisoners were released from Saudi jails on the order of Crown Prince Mohammed bin Salman during his recent visit to Pakistan", the committee was briefed.

Some 579 Pakistani prisoners have been released and repatriated to Pakistan under the royal pardon, Foreign Ministry's Director General (middle East) Syed Zahid Raza told the sub-committee that was recently formed with the mandate to ensure provision of legal assistance to under-trial Pakistani prisoners, in different foreign jails.

The sub-committee, chaired by Dr Mahreen Razzaq Bhutto, was apprised that the Ministry of Foreign Affairs along with the departments concerned, was in constant contact with authorities in Saudi Arabia for the early repatriation of the remaining prisoners whose release was ordered by the crown prince on the request of Prime Minister Imran Khan.

Dr Mahreen asked officials of Ministry of Overseas Pakistanis and Human Resource Development and Foreign Office to arrange meeting of Saudi Ambassador with the committee members so that they could request them for the early release of remaining prisoners.

Syed Zahid Raza said that the Foreign Ministry would facilitate the committee members in arranging meeting with the Saudi ambassador.

The committee also sought the details of Pakistanis detained in Oman's detention centre so that it could assist the ministries for evolving the strategies to provide legal assistance.

Syed Zahid Raza said there were some 3,000 detainees, locked up in Oman's detention centre for having invalid travel documents and illegal migration and added they pretended to be Pakistani nationals.

He said the details of detainees had been shared by Oman and their home-address verification was being conducted by the Interior Ministry. "The process of verification usually takes time," he added.

Dr Mahreen asked the officials to share the time-duration of detainees in the detention cell.

The Director General assured the committee that the complete details of detainees would be shared in the next meeting.

The committee also took exception of the reported involvement of some Pakistanis in trans-border drugs dealing and called the Anti-Narcotics Force and Federal Investigation Agency in the next meeting to discuss the issue at length.

The committee was attended by the Secretary Overseas Pakistaniand Human Resource Development Division and officials of the OPFand Bureau of Emigration and Overseas Employment.