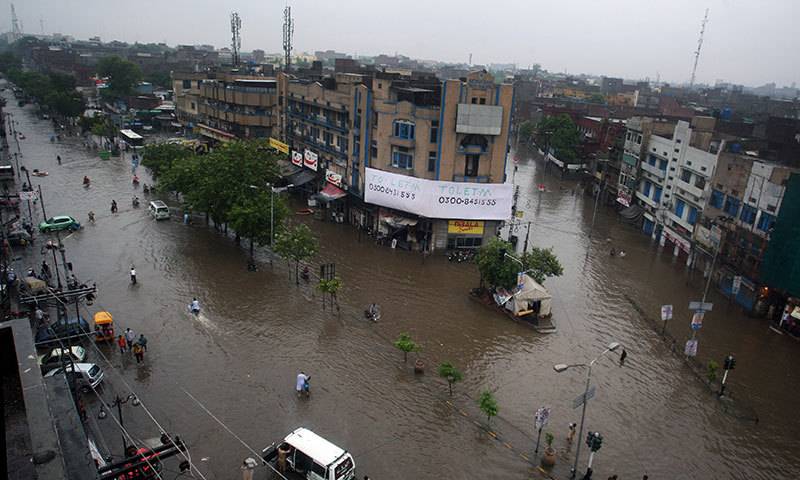 PESHAWAR (Staff Report) – At least 26 people were killed and over 180 injured when a heavy rainstorm battered Peshawar and parts of Khyber Pakhtunkhwa province Sunday evening, officials and rescuers said.

According to Met Office, it was a mini cyclone having wind speed of 110 kilometres per hour.

A rescue operation is in progress but is being hampered due to blocked roads and communication barriers in affected areas.

A military team has been called in therefore to help intensify rescue efforts. The team has been equipped with ground penetrating radars, concrete cutters and sniffer dogs, according to a tweet by DG ISPR Major-General Asim Bajwa.

A state of emergency has already been declared in hospitals, on orders from the administration.

Rescuers said a number of houses collapsed, and roofs and walls of dozens caved in. The ferocious storm uprooted trees and electricity poles, damaged cellphone towers with crumpled wires hanging on roads. Power supply to many areas lie suspended.

The Met Office said the cyclone had lost speed but heavy rainfall was expected in the province's northern districts over the next three to four hours.

The AFP said flood water from torrential rainfall had reached three feet (one metre) deep in some parts of the city.