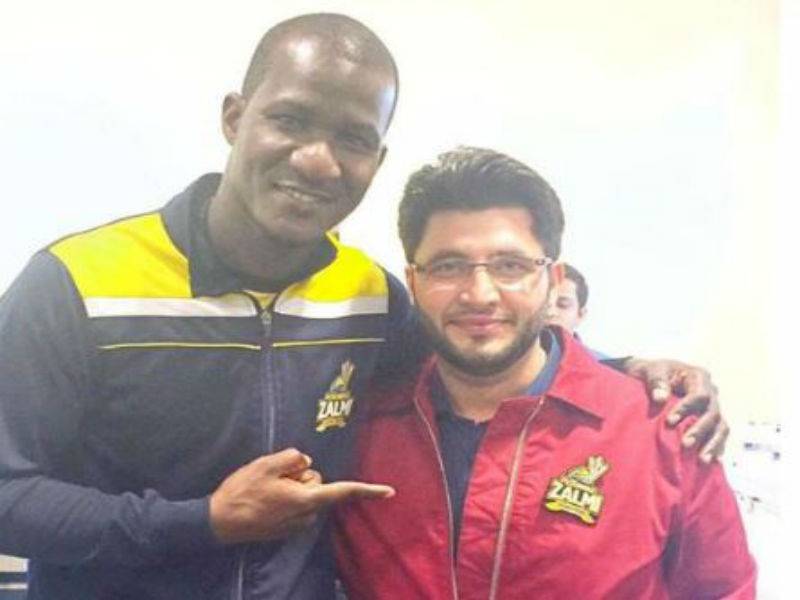 If you are a fan of West Indies skipper Darren Sammy and a Pakistani as well, here is the biggest news of the day for you; Sammy has been "granted honorary citizenship of Pakistan."

The dramatic development took place when the owner of Pakistan Super League's Peshawar Zalmi team, Javed Afridi, tweeted and requested the Government of Pakistan to grant citizenship to Darren Sammy for his love for this nation.

Will request Govt of Pakistan to offer Honorary Citizenship (Nationality) for @darrensammy88 ,with regards to his love for this Nation.

On Special Request frm @JAfridi10 ,we are honoured to offer a Honorary Pak Citizenship to @darrensammy88 ! "Sammy Khan" Pakhair Raghlay

And Sammy accepted the offer, saying it was an honour for him .

However, the whole development turned out to be false when Pakistan Tehreek-e-Insaf, the ruling party of KPK, revealed that Pervez Khatak's twitter account used for this announcement was fake.

Notification: The only official & authentic Twitter account of CM KP, Pervez Khattak, is @PervezKhattakCM. All other accounts are fake.

And here are the final words:

Darren Sammy has not been granted Pakistani citizenship yet. However Javed Afridi has claimed to have forwarded a request to President Mamnoon Hussain in this regard.

PZ Alert:We have requested President of Pakistan to Grant Honorary Citizenship of Pakistan.

It is earnestly hoped that Mr. Darren Sammy's 1

PZ Alert : home coming of Pakistan will go a long way in the promotion and raising of standards of cricket in Pakistan; 2

PZ Alert : and will also portray the soft image of this sports loving nation.

It is also pertinent to be mentioned here that no Pakistani chief minister, by any law, can grant citizenship to any foreigner. Federal Interior Ministry takes measurements to this effect with coordination of President Office.