US ambassador barred from Prague Castle by Czech president 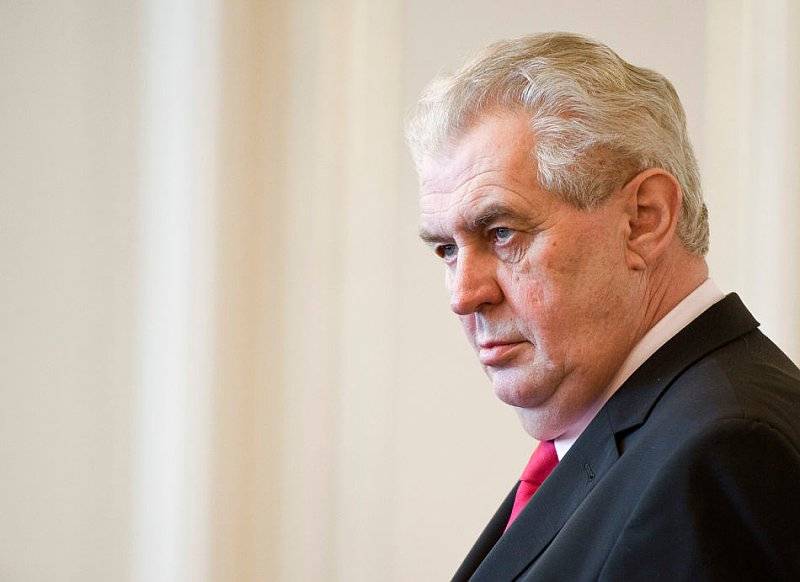 PRAGUE (Web Desk) - Czech President Milos Zeman has said the US ambassador is not welcome at his Prague Castle residence, reports say.

The apparent snub follows remarks by US envoy Andrew Schapiro seen as critical of the president's decision to attend forthcoming World War Two commemorations in Moscow.

Several world leaders are boycotting the ceremony over Russia's role in the Ukraine conflict.

Mr Zeman is considered more sympathetic to Russia on the issue.

Ambassador Schapiro had "overstepped the mark" by criticising the decision to attend celebrations in May marking the anniversary of the end of WW2, news portal Parlamentni Listy quotes Mr Zeman as saying.

Because of this "the doors of the castle were closed" to Mr Schapiro, Mr Zeman continues.

"I cannot imagine that the Czech ambassador in Washington would advise the US president where he should travel. And I will not allow any ambassador to have a say in my foreign travel plans."

Mr Schapiro is quoted by Czech media as having said in March that it would "be awkward" if the Czech president was the only statesman from an EU country on the platform on Red Square.

The US embassy has declined to address Mr Zeman's comments.

Mr Zeman is known for his outspoken views on a range of issues, often at variance with those of the Social Democrat-led government, correspondents say.

The presidency is largely ceremonial, but Mr Zeman became the first man directly elected to the post when he took office in 2013.