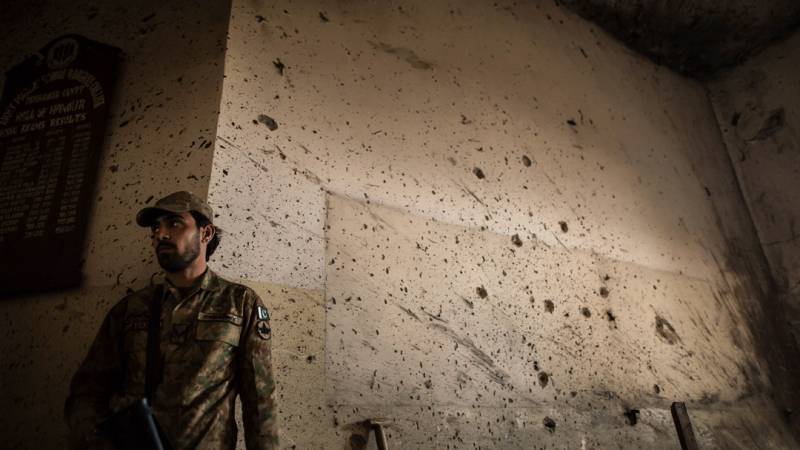 There is no difference of opinion that extremism driven terrorism poses a real and potent threat to a country which, unfortunately, by one way or the other, gets entangled in it. There is no doubt that this conflagration continuously obtains energy from the socio-political conditions in the environment and radicalization in any society acts as tinder which keeps the fire of terrorism kindled. Radicalization is the major factor which motivates violence in society, a driving force which persuades terrorist groups to find new improvised ways to linger on with their violent struggle.

Pakistan, like the rest of the world, is plagued by terrorism. It has been bearing the brunt of attacks similar to what recently innocent people in Sri Lanka had to face claiming more than 60,000 precious lives besides losing its economic progress drastically. The extremist mindset, irrespective of the financial status of its recruits, is preying on security, economy and political stability like an unstoppable disease contaminating the very social fabric of our society irreparably. No matter how many factors one may count for this spread in terrorism, but despite being overpowered, eliminated, persecuted and punished by the state, there is this unique factor which acts as fuel to keep the un-holy flame of terrorism alive.

It’s “radicalization”, which persuades terrorists to find new improvised ways to continue with their melee. The ingredient which suicide attacks, the most dangerous modus operandi of terrorism, contains is motivated “radicalization”. It has very little to do with an individual capability, vulnerability, disposition and resources.

Birthplace of any motivation for violence is radicalized society.   Radicalization has a unique ability to manipulate a person’s perceptions about his own capabilities, vulnerabilities, dispositions thus affecting his intention and plans. After defining radicalization as the fuel for terrorism, we need to understand the question that “If is it possible to counter-radicalize an infected society? Can this process be reversed?

However, counter-radicalization which is grand and strategic in nature and revolves around social, educational, political, legislative and economic activities introduced in society to discourage individuals from becoming radicalized. That is why a particular state or a government alone cannot do this at its own and needs help from civil society and Non-Government Organizations to persuade mindset of an individuals or a group or a society in entirety if not completely to change their behavior, then at least to persuade them to reason their actions, ideology and factors that drive him.

Why I mentioned de-radicalization in the preceding paragraph is because in our case and also for most of the countries in the world, de-radicalization is like sweetening a huge salt bedded lake with sugar using a single tablespoon. De-radicalization has a limited role which only ensures that people arrested, acquitted and joining the society from various militant outfits and those who voluntarily quit such groups, do not spread the extremist thoughts amongst others. Our issue here is to address the entire society and not particular individuals. Besides, counter-radicalization is preventive while de-radicalization is reactive in nature.

We generally understand that radicalization is something to do with certain conditions in the environment that compel individuals to turn to an appealing ideology. They start believing and following it to the extent that their belief translates into their behaviour and later on their violent actions. But the deeper study reveals that its explanation is much more complex.

Radicalization has very little to do with the ideology of the terrorist groups. A research in 1990-1993 was conducted circulating a survey asking Al Qaeda leaders about their position on their battle in Afghanistan seeking their reasons. It was found that everybody questioned had a different opinion about the goals and aims of the group and even those in the top tier were not on the same grid. There was a clear lack of agreement. The research results were re-enforced by another survey of 516 Guantánamo detainees by US West Point’s center for terrorism. It was found that the main influence on recruitment was acquaintance and company of another fellow recruit. Very few reported to be attracted by the ideology. So, the environment and social company were a bigger influence than a popular ideology.

The point is not to prove that radicalization is totally irrelevant to a popular ideology professed by militant groups. It is true that some individuals join the terrorist groups considering themselves as true followers of that particular ideology, but it also needs to be noted that ideology of groups has the trend to change and evolve. That lack of agreement amongst terrorists in a group about the terrorist outfit’s objectives, aims and goals, may be due to shifts in agenda of that group over a period of time. Not to discuss Al-Qaeda or ISIS only, smaller militant groups like Jundullah emerged advocating rights for people of a particular sect in minority and with certain political aims in Iran/ Balochistan but later fused itself with the ideology of Tehrik-e-Taliban Pakistan (TTP). The group has managed its operations with new recruits in other provinces of the country.

So, if the ideology of a group was the main factor, the constant shifts in a terrorist group’s agenda should affect the radicalization and recruitment of youth, which is not the case in real. Perhaps, terrorist follow a broad and bit ambiguous agenda with an aim to quench social, economic, spiritual and physical thirst of group’s members. Once they join, their motive also evolves over time. So, people joining a group with a supreme cause, end up becoming professional killers. The material beneﬁts offered by the group surpass their spiritual beneﬁts of their ideology.

The rise in radicalism results in fresh recruits for extremist groups. Thus ideology remains a factor in attracting recruits but it’s not a major cause of radicalization as said earlier. Yet individuals may acquire the group’s extremist views after they join it. On the other hand, some may lose their ideological views as a consequence of leaving the group. One may discover that the relation between ideas, motivation and behaviour is much more complicated with a psycho-social angle.

We already know about certain vague reasons/ factors answering why a person may join a terrorist group? For example, we know that an individual may join due to his perception of injustice, demand for his perceived rights, desire for some religio-political activism, meeting their socio-cultural wants, personal gains, seeking adventure etc. There is psychological examination to it which will require a separate exclusive article. For now, just conclude that it is persuasion which draws recruits by a terrorist organization and recruitment through soft persuasion is a full-fledged operation for the terrorist group; necessary for the survival, its acceptability and support for that group.

Case studies reveal few persuasion tips used by terrorist groups and their recruiters towards their potential recruits. Themes of persuasion are based on popular belief and non-controversial statements in which the individuals do not feel being pushed from the beginning. Choices are presented but never dictated. The incidents conducted and chivalry displayed by terrorists are praised, admired and glorified that they want individuals to exhibit. These individuals are supposed to mindlessly represent the behaviour (to get praise) to prove worthy. People are much more likely to trust if they obviously like people, so this persuasion usually comes from a person they respect and admire e.g. a religious cleric, a friendly cousin etc. The narrative for persuasion is always built on facts which cannot be ignored or denied. Yet these are distorted in some way and the list goes on.

Whether we like it or not, accept it or deny it, Terror incidents like the recent one will continue to happen in days, months and years to come not only in Pakistan or Sri Lanka but elsewhere in the world unless Government shows a strong will and enters into alliance with civil society stakeholders including the much detested or suspected NGOs/ INGOs which can play a pivotal role to address the root causes.

This would be by improving the economy, ensuring uniform and sustainable development, help promoting harmony, discouraging the extremist mindset, eliminating perception about state-sponsored proscribed organizations etc. Government, as well as state functionaries, must understand that as noted by Tori De Angelis only “social connections are the key to both radicalization and de-radicalization”. So here lays the field of action for the government as well as civil society at large