Ramazan likely to begin from May 7, predicts PMD 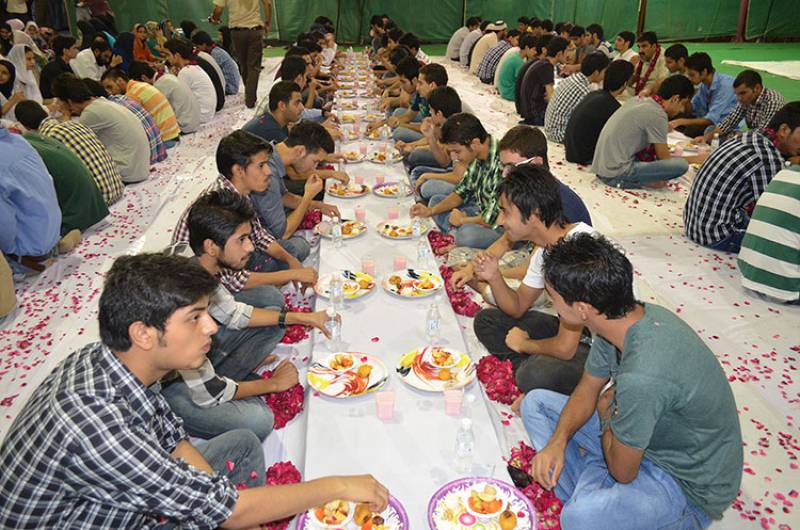 ISLAMABAD - The Pakistan Meteorological Department (PMD) Friday predicted that the Ramazan moon will likely be sighted on the evening of May 6.

The department further said, the new moon of Ramazan, 1440 AH will be born on crossing conjunction point at 03:45 Pakistan Standard Time (PST) on May 5.

The moon will be sighted on the evening of Monday, May 6 and the holy month of Ramazan is expected to begin on May 7, the weather office said while talking to private news channel.

According to the astronomical parameters, there is no chance of sighting of the new moon on the evening of May 05, i.e. 29 Shaaban, the met office said.

“The new moon will be 15 hours and 18 minutes old by the time sun sets on Sunday May 05 in Pakistan, and it will be only seven degrees above the horizon,” an expert said. “It means, there will be no chance of sighting the Ramazan moon in Pakistan on May 05.”

The sun will set on 7:04 pm on Monday and the crescent could be sighted till 7:33 pm, met office said.

The weather is expected fair or partly cloudy in most parts of the country, according to the climate record.

Saudi Arabia and other countries in the Middle East, however, will be able to see the moon on May 05 and hold the first fast of the holy month on May 06.

South Asian neighbors Bangladesh, India and other countries in Asia and Africa will also sight the Ramazan moon on May 06 like Pakistan.