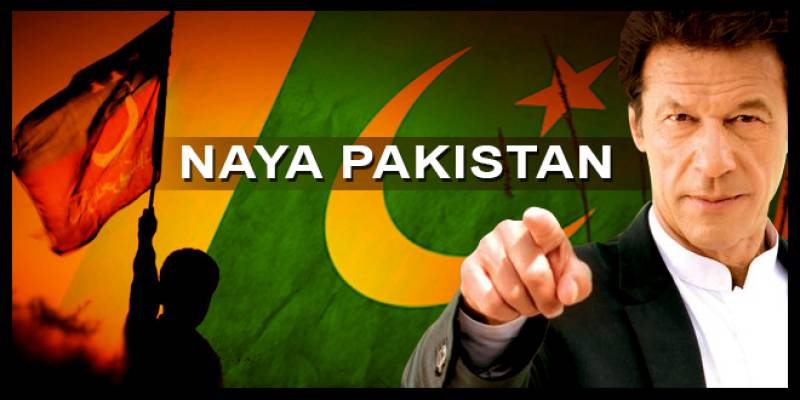 Economic stability, being a very sensitive organism of a society, is quite obnoxious to talk about in a country where the culture of political victimization is nurtured in the name of accountability and transparency. And in current times of utter desperation to carve out a completely new (Naya) Pakistan out of an old one, with apparently no clear direction whatsoever, seems nothing but only a political jargon.

Since it’s birth in 1947, the country has been immersed in political sixes and sevens which has disrupted the international image and also impeded her economic growth. Whilst, from decades the research on economics has been etched with the political situation of the particular society, the links between economic situation and political stability are no less than a paradox. It always bears the contradictory hypothesis. First one is the good growth hypothesis: economic growth generates higher incomes, which should make people approve of the government. Hence growth generates stability.

The second is the destabilizing growth hypothesis: growth generates complex changes in society, and therefore instability. However, this situation will have an immense impact on political stability where the political system is not well established. Whenever the economic situation of the particular country changes the first most and the far most alleged component is the ruling party. This fact cannot be disregarded that revitalizing the economy is not on the will list of the political entities, it does, but they don’t want it to revitalize now. The problem is that there is scant evidence, and most of it is anecdotal.

Political transition leads to a democratic system, and that, in general, modern democracies tend to be more alike than traditional political systems. Traditional Eskimo or nomadic societies have virtually no political system. At the other extreme, one finds the high cultures of Ancient Egypt, the Mayas or China, which evolved into highly structured, stable, theocratic societies.

It is evident now that the political system in Pakistan in last 75 years was not stable adequately to preserve itself from the economic hitches arose due to manifold factors like martial laws, midterm elections and lack of accountability. Pakistan’s history reveals a strong correlation between the two. Although with the changing pattern of politics and governments, the relationship never remained at the same pace. The politics in Pakistan has dominated economic decision making in the country.

In the last seven decades of history, Pakistan experienced military and civil rules. However, during the civil rule, the military remained a major stakeholder in the decision-making. This seems interesting and ironic at the same time that Pakistan’s economy always improved during military rule. Pakistan’s economic growth remained unprecedented during Ayub Khan and Pervez Musharraf's period. Pakistan’s manufacturing, industrial and agricultural sectors performed robustly and data show that the fiscal gap has been reduced during military rule. Megaprojects and infrastructural development and capital investment touched highest during military regimes.

However, in democratic circles, military rule is never been accepted as political stability. The economic growth in the non-democratic era best supports the paradox discussed earlier, because at the end what matters is the economic growth as it is very well said that with the strong local economy we can fight with the global economy. However, a strong political system in Pakistan can help grow the economy by introducing educational and other much-needed reforms.

A successful political system in Pakistan can go hand in hand with the economists to maintain such an economic situation where strategies must be focused on improving the skills of the country’s workforce, reducing the cost of doing business and making available the resources business needs to compete and thrive in the current economic situation of the region.