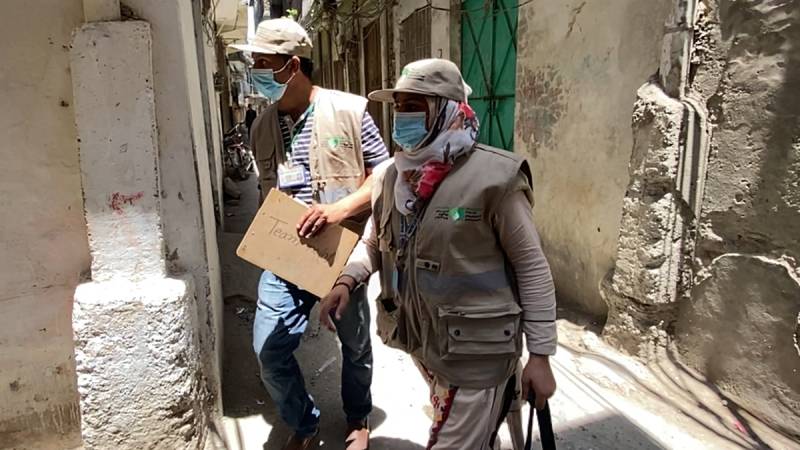 ISLAMABAD – Prime Minister Shehbaz Sharif on Tuesday assured Bill Gates that his government remained “committed to eradicating all forms of polio from the country”.

The assurance came after Pakistan detected its first polio case in 15 months a few days ago.

According to a statement issued by the Prime Minister's Office, Sharif spoke to Co-Chair of Bill & Melinda Gates Foundation (BMGF) Bill Gates on telephone.

Ongoing public health and social sector programmes in Pakistan supported by the foundation, including polio eradication, immunisation, nutrition and financial inclusion services, came under discussion during the telephonic meeting.

“The prime minister underscored that Pakistan deeply values its cooperation with BMGF. He reaffirmed Pakistan’s commitment to further solidifying its fruitful partnership with the Foundation in all the ongoing areas of work,” the statement issued by the Prime Minister's Office reads.

Noting that only one case of poliovirus was found in Pakistan in 2021, the prime minister said that his government remained committed to eradicating all forms of polio from the country.

During the call, the premier expressed concern at the emergence of the first polio case in 2022 in North Waziristan. He informed Gates the Pakistani government was implementing a “special emergency response plan for southern Khyber Pakhtunkhwa province” to scale up and improve the quality of the polio eradication programme and increase security of frontline health workers.

Gates acknowledged the progress made by Pakistan and reiterated the foundation’s continued support to Pakistan to make sure no child is at the risk of paralysis due to poliovirus.

“Recalling the polio related challenges faced by Afghanistan, the prime minister expressed satisfaction at the resumption of polio vaccination campaigns in Afghanistan. He underlined the need for adequate international support to Afghanistan in this regard,” said the statement.