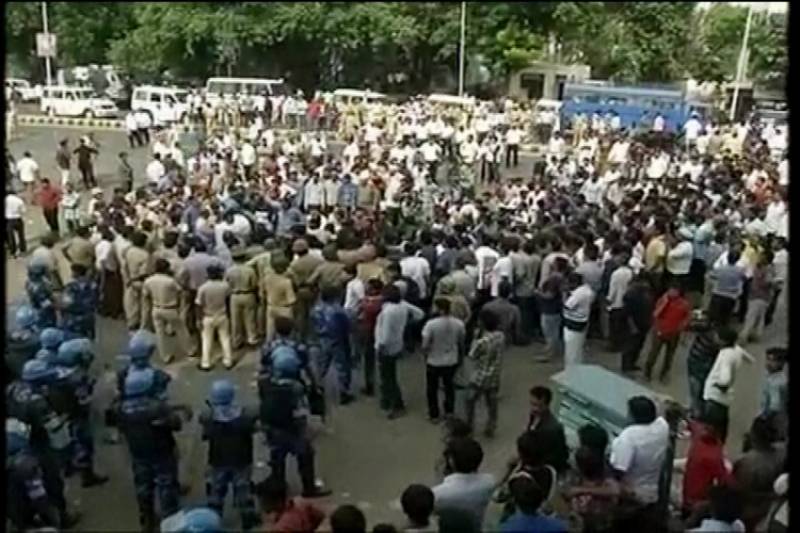 AHMADABAD (Web Desk) - At least 7 people have been killed due to the escalating violence in various parts of Gujarat. Government has imposed curfew in several regions of capital Ahmadabad in order to curtail the deteriorating law and order in the city.

Following the detention of Hardik Patel late night on Tuesday, the members of Patidar community pitched up their protest in an aggressive manner.

The GST railway tracks in Ahmedabad were uprooted and bogey filled with goods was burned by the agitators. Around 110 buses were vandalized and 16 police stations were set ablaze. All trains plying through Gujarat have been cancelled, whereas, the route of some of the trains have been diverted.

Rapid Action Force was also called in Surat. Curfew has also been imposed in Mehasana, Surat and Ahmedabad. School, colleges and government institutions are expected to remain closed tomorrow as well.

Earlier in the day, Indian Prime Minister Narendra Modi urged people to maintain peace, and said the grievances could be addressed only in a democratic manner, adding that resorting to violence will find no solution.