Should governments be responsible for people’s happiness? 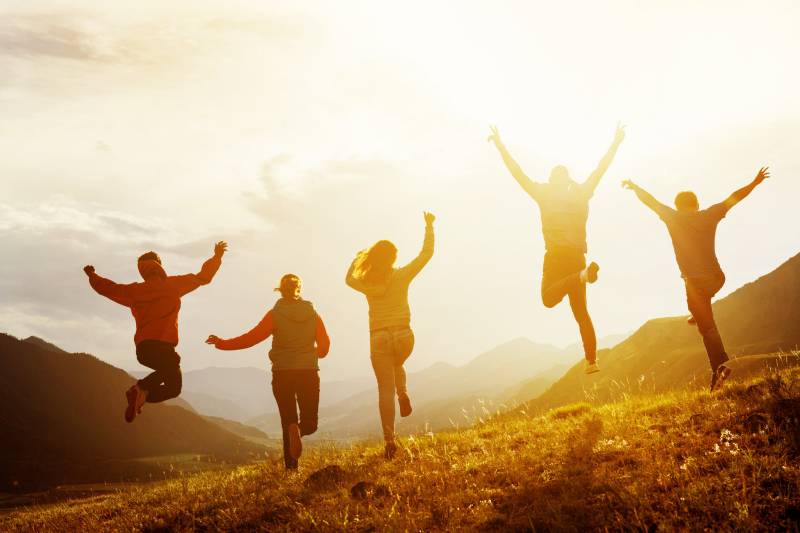 In the present age of population explosion and dwindling economic resources, the role of governments in the life of common man has become very crucial. Challenges of sustenance and survival are very stressful in his day to day life. Official policies, directly or indirectly, are instrumental in managing the quality of life of citizens. In the past life of man was simple and governance envisaged fewer responsibilities. Now obligations of a government towards its citizens have increased manifold, so much so even provision of a job to every individual of a state is taken to be a state responsibility. The entire economic system of a country is officially regulated.

Employment provides money to fulfil the basic needs of a man such as housing, health, education of children etc. This thus helps him to lead a feeling of self-satisfaction. He can afford quality food to offset malnutrition. Increased level of employment lowers dependency ratio in a community as a majority of the population can afford a basic living standard on its own. But governments of developing countries claim that they are unable to generate employment for a rapidly growing population. Studies on the job market in Pakistan, as recorded by Statista, have shown 3.02% manpower without employment in 2019. Kalim (2003) observed unemployment surged as the population grew. A similar trend was noted in Umuahia, Nigeria, as concluded by Echebiri (2005). Umuahia, having a relatively larger population, has also been found afflicted with the presence of more jobless people.  However, it is to be assumed that employment is a government’s responsibility. Provision of jobs also helps to lower the crime rate. It is estimated that poor people are twice more likely to indulge in crimes than rich people. Therefore, it is vital to generate job opportunities. Criminal offenders, with a record of more than one conviction, have been studied by Blattman and Annan. They have been reported to have preferences for jobs with somewhat smaller pecuniary benefits over those with higher though illegal gains. This would also be helpful in eradicating social evils and notorious trends such as begging and drug addiction. Considering the above-mentioned benefits of employment higher authorities must work towards creating more jobs as it inculcates self-contentment among individuals.

Governments must discharge their public responsibilities honestly. This would maintain peace and harmony in society and thus create healthy and favourable circumstances for national progress. Government scandals and corruption cases such as revealed in Panama leaks lead to political instability and instil tension and unrest among the citizens. Government of India, for example, framed a program to supply foodstuff to the poor and marginalized segments of Indian society on concessional rates. Forbes, however, reported that 80% of the supplies, instead of reaching the deserving population, ended up in the pockets of the corrupt bureaucracy.   This leads to a distrustful relationship between the government and the people. The lives of individuals are severely affected and economic progress hampered. It may also result in a rise in poverty level and, in extreme cases, to civil unrest such as it happened in Greece and Spain.

Some people feel that it is the responsibility of masses as a whole, particularly as parents, to maintain happiness in their personal lives and tranquillity in the social milieu. The University of Notre Dame, in 2015, conducted a study on the effect of parental love on the behaviour of children on reaching adulthood. It was observed that the development of children in an affectionate family environment played a role in making their lives happier as adults. The aim, to have an ideal personality development of a child, presupposes a keen assessment of his psychology. His behaviour ought to be carefully looked into. The nature of his temperament and aspirations as per his age should be given due weightage while dealing with him.  Therefore, it must be the foremost duty of parents to also provide a supportive and relaxing home environment to their children. As reported in an article in Scientific American presence of the amount of stress hormone, cortisol, in children with varying childhood background was measured. Through the quantitative measurements, it was concluded that children who have been brought up as orphans in shelter homes were found to have more of the said hormone as compared to the ones raised under parental care.  Furthermore, parents must be flexible enough to let their child explore his capabilities and plan his future accordingly. This would create professional satisfaction in him in future and he would also be able to discharge his professional duties wholeheartedly. It may thus lead to happiness in his life.

In general, the government is supposed to be held responsible for people’s happiness through the provision of economic succour. The attitude of parents may also be a major aid in achieving self-satisfaction among teenagers.