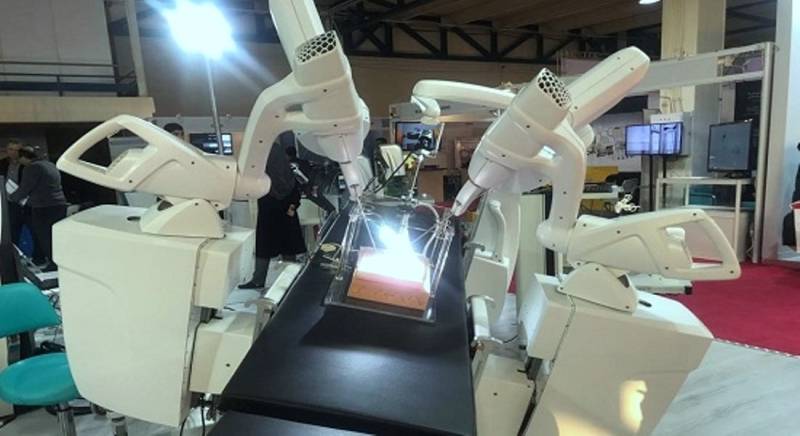 Alireza Mirbagheri, the chief executive officer of 'Sina Robotic and Medical Innovators' company, introduced the device unveiled during the 6th 'Made in Iran' Exhibition, which consists of two main sections, a remote surgical console and a surgeon's robots based on the patient's bedside. 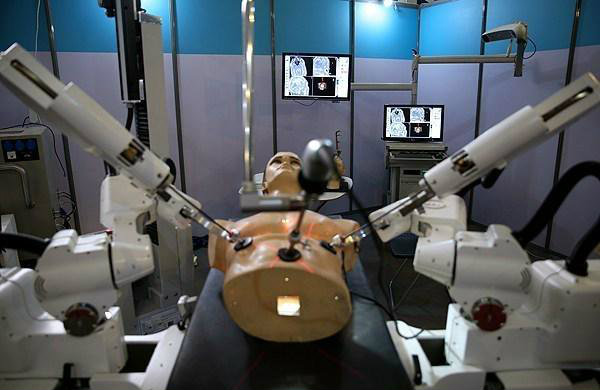 The technology activist pointed out that the Sina robotic surgery system has been successfully tested in early technical and animal testing, adding the new robotic surgery systems in Sina and Shariati Hospitals of Tehran University of Medical Sciences are planned to being used to teach robotic surgical techniques on animal models.

The first phase is diagnosis phase, during which some tracks are shown in the monitor. The patient puts his hand on the robot’s arm and takes its handle to lead the arm towards the tracks. 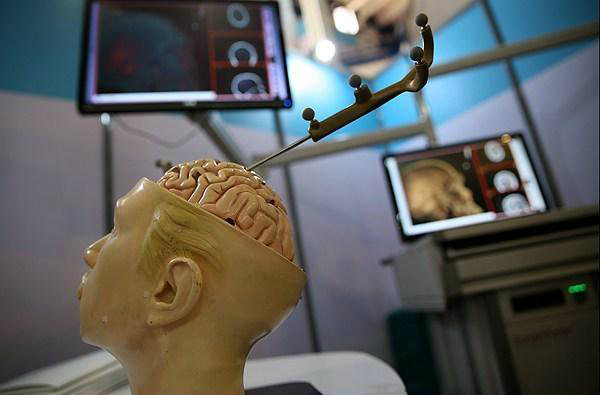 In the second phase, the patients who lack control on their arms take the robot’s handle to move towards a specific direction. The robot helps the patients and brings back sense to the patient’s hands after several days.

In the next phase, the patient can move the handle without any resistance and move towards the intended place.