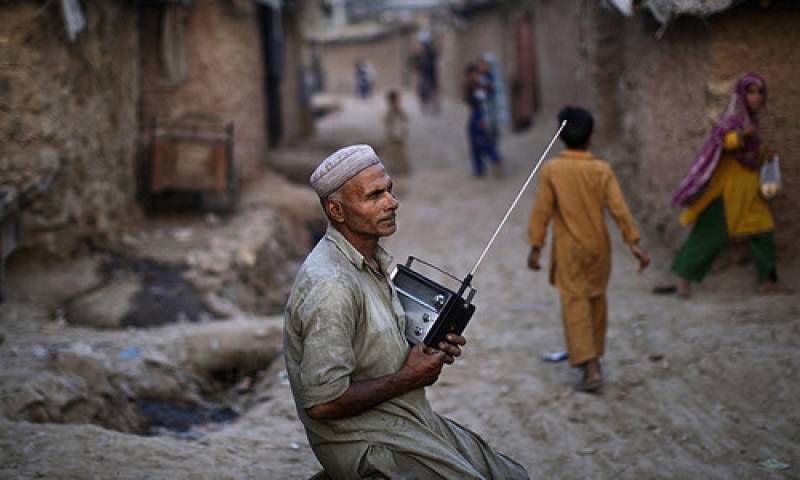 ISLAMABAD - The United States urged Pakistan on Friday to lift a ban on US-funded Radio Mashaal which was banned on the country's premier intelligence agency, the BBC Urdu reported.

US Department of State spokesperson Heather Nauert expressed American’s concerns regarding the ban, adding that the reservations had been forwarded to Islamabad.

The United States has "expressed concern" over Pakistan's decision to discontinue Radio Mashaal's services and has "demanded that the transmission be restored immediately," BBC Urdu said.

“The ban on Radio Free Europe/Radio Free Liberty station concerns the US,” she told reporters at a press briefing. “We have informed the Pakistani government about our concerns and demand them to withdraw the decision of closing down Radio Mashaal without any delay.”

Last week, authorities shut down US-funded Radio Free Europe/Radio Liberty‘s Pashto-language station in the country on for airing content “against the interest of Pakistan”. The office of RFE/RL’s Radio Mashaal in Islamabad was ordered closed by the Ministry of Interior.

The notification accused Radio Mashaal of portraying Pakistan as a “failed state” and “a hub of terrorism and safe haven for different militant groups”. It alleged that the station was “distorting facts (to) incite the target population against the state and its institutions”, referring to ethnic Pashtuns.

With its Pakistan bureau shut by authorities last week, Radio Free Europe/Radio Liberty’s Pashto-language station is broadcasting from its headquarters in a distant Prague, waiting for “the dust to settle,” according to its senior editor.

“We read the charges through social media. We were not informed by any government agent,” Daud Khattak, Radio Mashaal’s Prague-based senior editor said.

Funded by the US Congress, Radio Free Europe or Radio Liberty was founded in 1950. It currently broadcasts in 25 languages. Mashaal has over 1.6 million Facebook fans and scored 81 million video views on Facebook and 10 million views on YouTube in 2017. Its closure coincides with heightened tensions between Islamabad and Washington.