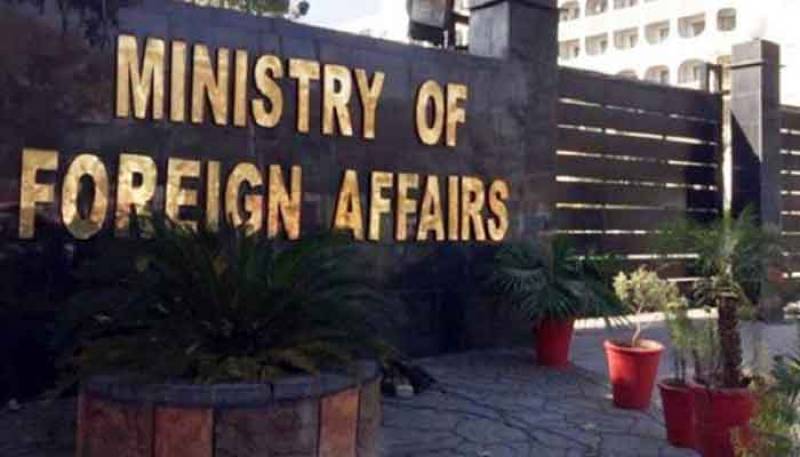 ISLAMABAD - Pakistan has summoned a senior Indian diplomat to lodge a protest at the ceasefire violations by Indian occupation forces along the Line of Control (LoC), a Foreign Office statement said on Saturday.

A 21-year-old woman had sustained serious injuries due to unprovoked shelling across the LoC by the Indian border forces.

“A senior diplomat from the High Commission of India was summoned to the FO, today, to register Pakistan’s strong protest at the ceasefire violations by Indian occupation forces along the Line of Control, resulting in serious injuries to an innocent civilian woman,” the statement said.

Pakistan “condemned the targeting of innocent civilians” and underscored that “senseless” Indian acts further vitiate the tense atmosphere along the LoC and pose a “threat” to regional peace and stability.

“It was also emphasised that by raising tensions along the LoC and the Working Boundary (WB), India cannot divert attention from the worsening human rights situation in the Indian Occupied Jammu and Kashmir (IOJ&K).”

The demarche handed over to the HC official called upon the “Indian side to respect the 2003 Ceasefire Understanding; investigate this and other incidents of deliberate ceasefire violations and maintain peace along the LoC and the WB.”

Tensions have been high between the two nuclear-armed nations over the past couple of months after India revoked Article 370 of the Indian constitution that recognized occupied Kashmir as a special territory.