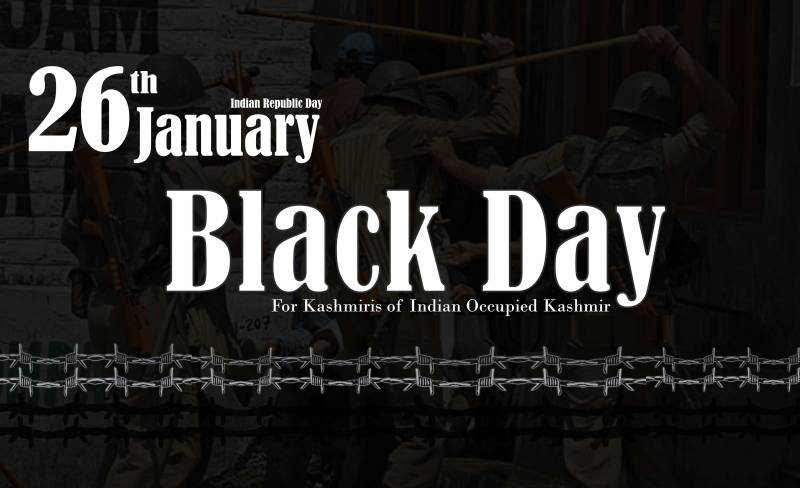 SRINAGAR – Kashmiris on both sides of the Line of Control and all over the world are observing the Indian Republic Day today as Black Day to draw the international community's attention towards unlawful and forcible Indian occupation of Jammu and Kashmir.

It also aims to apprise the world of the continued brutalities and custodial killing of innocent Kashmiris and the unabated massive violations of human rights by the Indian occupying forces in the illegally occupied Jammu and Kashmir.

In Indian illegally occupied Jammu and Kashmir, the All Parties Hurriyat Conference has urged the people to observe a complete strike today to protest against illegal occupation and state terrorism.

Protest rallies and demonstrations will also be held in all ten districts of AJK today to mark the Indian Republic Day as a black day.

On the other hand, mobile internet services have been temporarily suspended across Indian occupied Kashmir in view of 'Republic Day' celebrations.

Earlier, the administration has extended the ban on high-speed mobile data services across the Union Territory, except Ganderbal and Udhampur, till February 6.