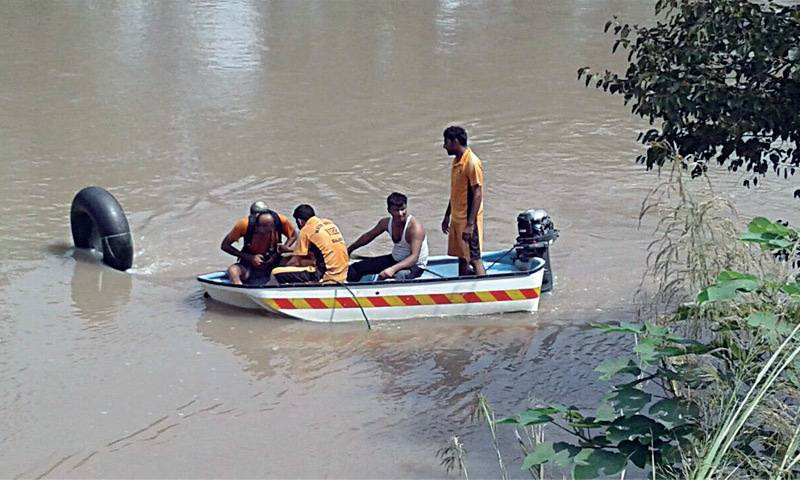 LAHORE – Two youngsters fell in a canal and drowned during a TikTok stunt near the Bhikhi village of Sheikhupura.

The incident took place when two of the men lost balance and slipped in the canal while filming a video, rescue officials said.

Police and rescue officials rushed to the scene and recovered the bodies after three hours of the search operation.

The deceased men were identified as 17-year-old Zeeshan Rashid and 20-year-old Sajid. Sources said both hailed from Raiwind and were visiting the village to meet a friend.

KARACHI – In yet another incident of online social media platforms becoming a cause of harm for the youngster in ...

Earlier on January 23, a 17-year-old boy succumbed to death after being hit by a train as he attempted to shoot a TikTok video on a railway track.

The deceased is identified as Hamza, a resident of Noorani Mohalla. He arrived at the railway track near Shah Khalid Colony to shoot a TikTok video and mounted his smartphone with a tripod while waiting for the train.

RAWALPINDI – A 17-year-old boy succumbed to death on Friday after being hit by a train as he attempted to shoot a ...