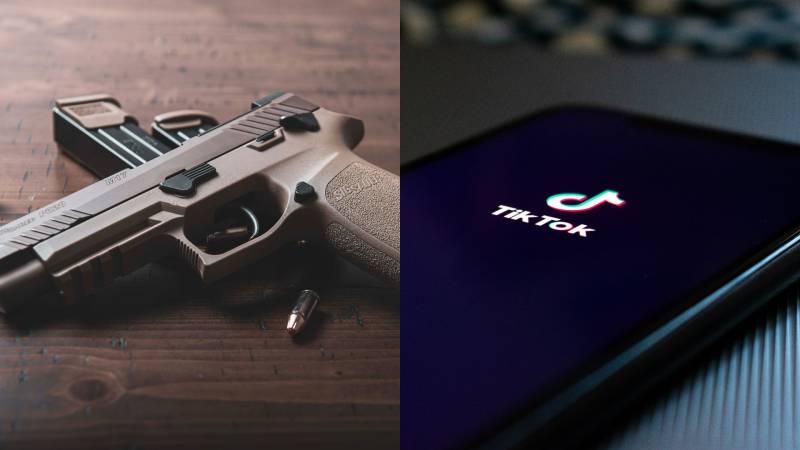 KARACHI – In yet another incident of online social media platforms becoming a cause of harm for the youngster in Pakistan, a young man in Sindh capital got seriously injured while filming a TikTok video.

The incident occurred on Wednesday in the Ibrahim Hyderi of the metropolitan city where a man pulled the trigger of the loaded gun by mistake during the video shoot.

The police said, the incident took place in Umar Colony of Ibrahim Hyderi, where two young men were filming a clip for the video-sharing platform while holding a loaded weapon where one man pulled the trigger accidentally.

The injured man was shifted to Jinnah Hospital for treatment but his condition is said to be critical, police added.

Police also added that the victim's friend, who shot him, is on the run along with the weapon and search for him is underway.

Earlier in the month of November 2020, a similar accident took place when a security guard accidentally took his own life while filming a TikTok video.

KARACHI – A security guard accidentally shot himself dead while recording a TikTok video, police said on ...