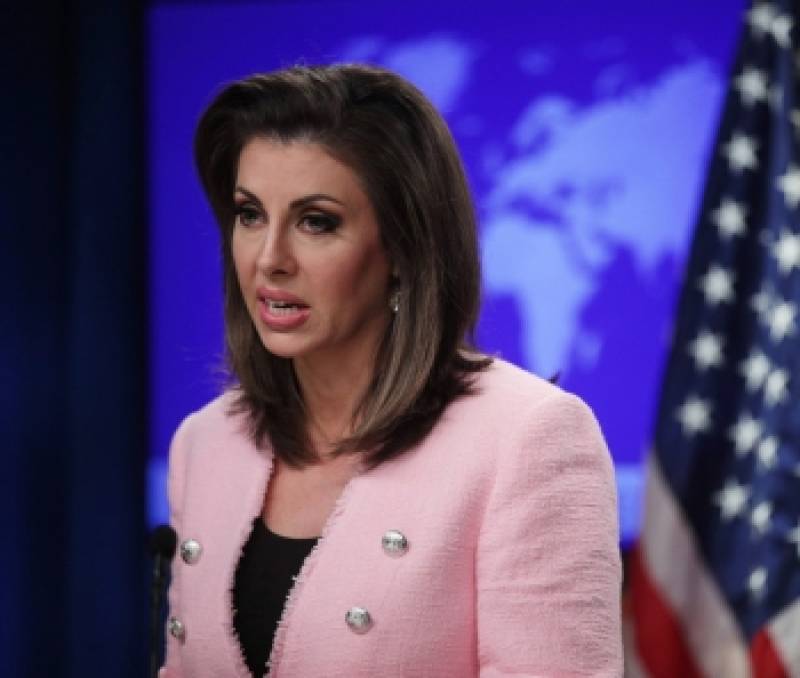 Briefing the newsmen in Washington, she said this was the first meeting between Prime Minister Imran Khan and President Trump, adding that it is time to build upon the successful meeting.

She stated, “I would note one of the things that the prime minister says that he vowed to urge the Taliban to negotiate with the Afghan Government. We are committed to peace in Afghanistan. We think that was an important step,” she stated.

The spokesperson said that it is our commitment to reach a negotiated settlement to the war in Afghanistan, the Radio Pakistan reported.

To a question on getting American hostages returned, she said we are working closely with Pakistan to secure safe return of American citizens held hostage abroad.