All that jazz: Saudi Arabia organizes largest jazz festival yet 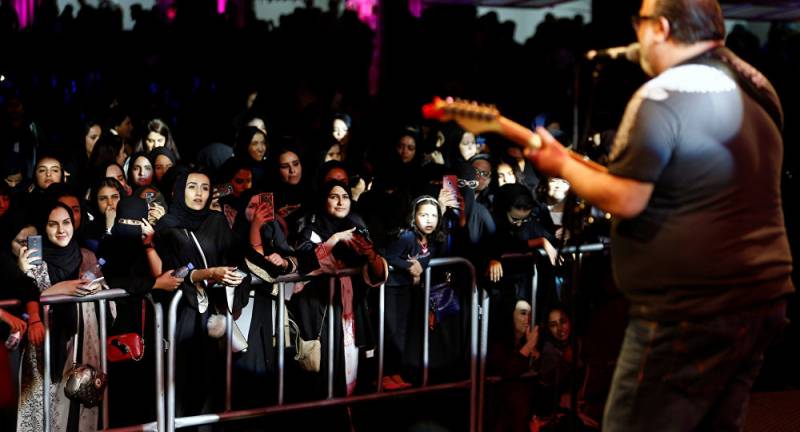 JEDDAH- The largest Jazz festival yet was held in Jeddah on March 22 in which world-renowned and Grammy-winning musicians set the stage on fire.

The festival was a two day event and featured 10 acts. The jazz event included one local and four globally renowned artists including Min Alriyadh, The Bright Side, Al Di Meola, Trio Joubran, Jesse Cook, Raul Midon,  Charbel Rouhana, Kenny Garrett, McCoy Tyner and Erik Truffaz. The whole venue echoed with the sound of jazz and the rhythms of lights.

The stage for the fest was Juman Park in King Abdullah Economic City (KAEC) which is one of the largest privately run economic projects in the world with residential and business locations. KAEC has quickly established itself as a leading venue for the concerts being organized by the General Entertainment Authority (GEA), a government organization set up to develop and expand entertainment in Saudi Arabia through high-quality events.

Fahd Al-Rasheed, the group CEO and managing director of Emaar the Economic city and the master developer of KAEC, shared the success of the events organized in KAEC under GEA, “We have seen an incredible response to events that have been held in cooperation with the GEA. In fact, the number of attendees has increased from 160,000 in 2016 to 366,000 in 2017, and we are expecting a million ticketed visitors this year.”

The gates were opened around sunset and the festivities started off with ideal lighting and atmosphere. Food carts were arranged for audience thus, giving them a variety to choose from. The audience too shared their enthusiasm on the organisation of this festival, “As an American expat, I sacrificed part of my way of life when relocating to Jeddah for work,” said jazz fan Scott Lindt. “Simple, fun activities such as going to the movies or attending concerts were always a welcome escape on weekends back home but never a readily available option for us here — until now. Now everything is different. It eases that burden to know that we have entertainment options on weekends. It’s a fun way to recharge for the work week ahead.”