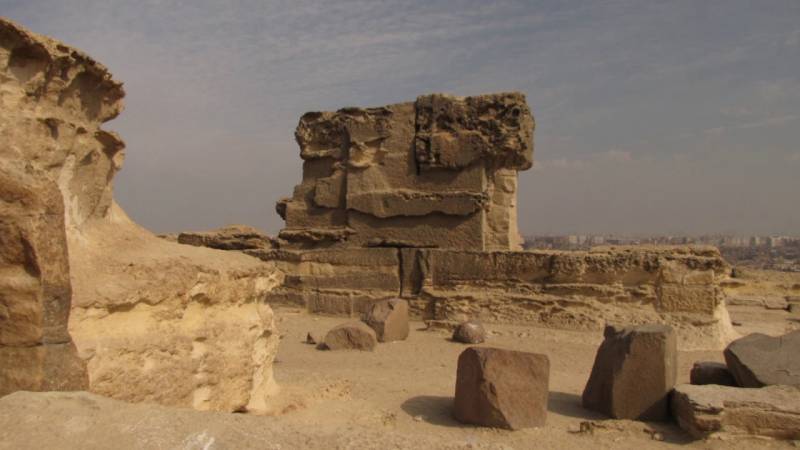 GWADAR - An ancient gate named ‘Sutak Deen Dar’ some 150 kilometres from Gwadar has been traced back to Nimrod.

BBC Urdu quoted experts as saying that 'Sutak Deen Dar' is symbolically referred to as a gate as it led to Mesopotamia from Makran in 3500BCE.

Dad Rahim, who has been residing in the area for over 50 years now, said it’s the resting place of Nimrod.

Rahim who claims to be its sole caretaker told BBC Urdu that his ancestors used to say the ‘Sutak Deen Dar’ came from Mesopotamia. “I only realised its significance over time,” he added.

The area around the gate is known as Meerani Bazaar and houses almost 5,000 people.

It was first discovered in 1875 and was believed to be haunted, according to researchers and Lasbela University Professor Dr Hameed Baloch.

In 1930, Sir Oral Steen surveyed the area. “His findings and ways were non-scientific as he would only pick up things in their original condition and would leave out damaged relics,” the professor said.

Further, he said that in 1950, American archaeologist George A Dallas and Dr Rafiq Mughal surveyed the area in what was its most detailed examination to date. The two discovered a wall of a fort built in the Mesopotamian era.

From 1987 to 2001, French and Italian missions conducted a detailed survey of the area and found bones of fish from which they concluded that the people who were known as “Greek fish eaters” were residing in the area for 4,000 years.

The BBC Urdu report stated that scientific proof found from the area is 4,000 years old.

The place is in the same location but most of the relics from the area have been stolen, it added.