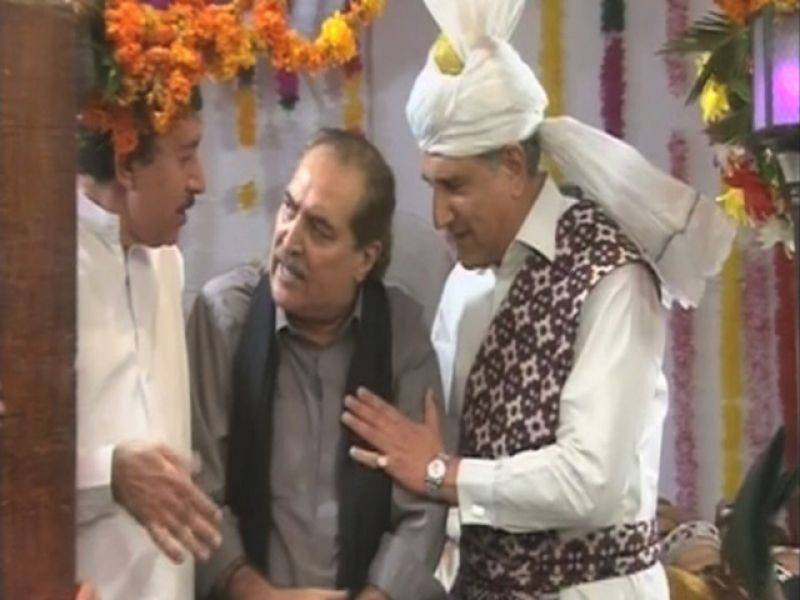 MULTAN - A spat erupted between PTI leader Shah Mehmood Qureshi and his brother at the shrine of Bahauddin Zakariya on the annual ghusal ceremony in Multan.

Mureed Hussain, who wanted to perform ritual wash before his brother, lost his temper after he was barred from performing it. He also slapped a devotee for not providing the items used for the ritual, as revealed in a video clip of a private news channel.

Qureshi, custodian of the shrine, was scheduled to reach the shrine at 10am but he could not reach on time. Then, Hussain stepped forward to perform the ghusal but was stopped.

In a speech at the ceremony, Mureed Hussain slammed Qureshi for using the shrine for political purposes. Calling his brother a "grave seller," he said that "you (Qureshi) will be answerable in the court of Allah Almighty."

"We have given you the title of Makhdoom, but you know what people call you, seller of graves," the spiritual leader said. "Only Allah and I know how you got land. You will be accountable in the court of Almighty for occupying lands of poor people."

A large number of devotees from across the country are participating in Urs celebrations.  District administration has declared a local holiday on the last day of the Urs.

Police and Auqaf departments have made elaborate arrangements for the event while 11 schools, three colleges and 10 rooms of Haj Complex have been vacated to accommodate devotees.

A shuttle bus service has been arranged to transport devotees from the railway station to the shrine. Three walk-through gates have been installed at the entrance to the shrine while monitoring of the Urs activities will be done through nine CCTV cameras.

Civil defence and bomb disposal squad staff would be deployed at the shrine.