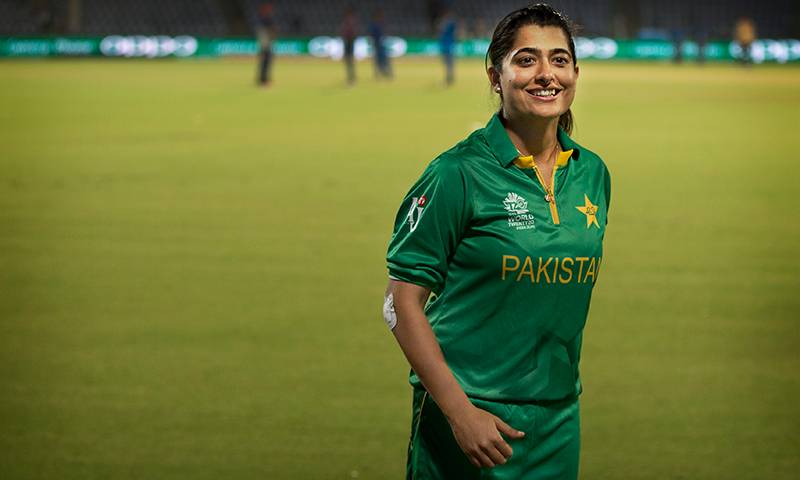 NEW YORK- Ace cricketer Sana Mir and six other trailblazing women from Asian countries are being honoured with the 2019 Asia Society Game Changers award at a glittering ceremony in New York on Thursday night in recognition of their transformative impact in Asia and beyond.

“Sana Mir is first and foremost a true champion in her field, she’s also a champion for millions of girls and young women on the field and off,” Ambassador Chan Heng Chee, Asia Society Co-Chairperson, said while presenting her with the award.

“As a child growing up in Pakistan, Sana Mir saw few other girls — and even fewer women — playing the national sport: cricket. Refusing to let that stop her, Sana joined the country’s fledgeling women’s cricket team and went on to become its captain and eventually the top female cricketers in the world,” Ambassador Chan told large and distinguished guests at a top hotel.

Sana Mir, who is also an Asia 21 Young Leader, dedicated her award to those standing up for climate change, to women helping each other, and, particularly, to children of war-torn nations.

What an inspiring night with some trailblazing @AsiaSociety #AsiaGameChangers! All the honorees were women this year, and the desi contingent was especially badass. Congrats to @mschhayasharma, @mir_sana05 and Faiza Saeed of @Cravath! 🏏👮🏾‍♀️⚖️💪 pic.twitter.com/3WKhq4G9S9

“My prayer today is that the leaders of today and tomorrow see the world through the lens of the child, the way the child sees the world, so we can safeguard their rights without regard to the colour of their skin, race, religion, or nationality,” she said.

The other awardees include Japan’s Yuriko Koike, the current and first female governor of Tokyo, China’s Jane Jie Sun, the leader of Ctrip, a 25-billion dollar travel company in China, Sheikha Hoor Al Qasimi from the United Arab Emirates (UAE), a pioneer in the art-world who has promoted greater cultural understanding and exchange in the Middle East and around the world, and Chhaya Sharma, a senior Indian police officer who leads a team of investigators to solve some of New Delhi’s toughest crimes.

Many congratulations to the awardees from team Daily Pakistan Global.