Is ISPR Crossing the Line? 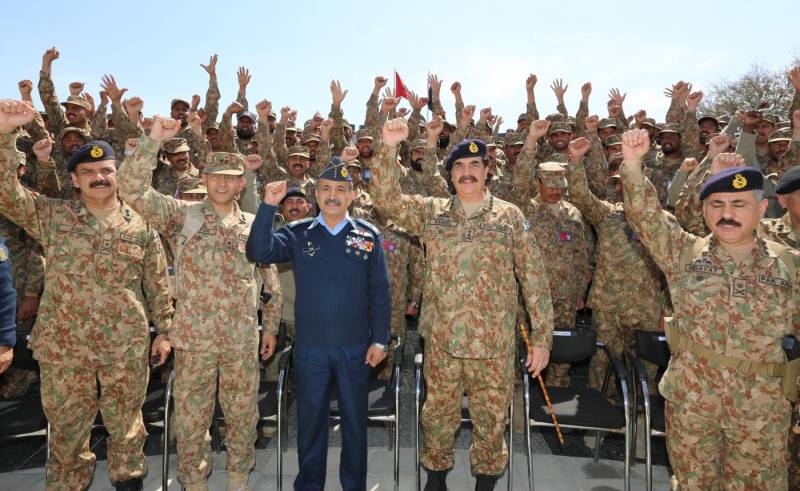 It’s no more a rumour. The ‘soft coup’ narrative, true or not, is now deeply imbedded in the national discourse. According to an editorial of a leading newspaper, the hard earned civil – military balance lost its pivot and the military is back in the driving seat running not just the foreign and security policy, but also the internal political and development policy. Be it Karachi operation, China Pakistan Economic Corridor or the Civil Services Reform, it’s the Sharif in military regalia taking the credit while the Sharif In ‘Sherwani’ is taking all the criticism. This narrative, whoever is peddling it, is dangerous not just for the sitting government but more so for the military itself.

Having an inside scoop of the government, I’m of little doubt that the idea of ‘soft coup’ is often blown up. A product of vivid imagination of two distinct groups; one fancying a military takeover and the other critical to the military, both converging at the same point: military is in control. What, however, is true is that there is indeed a civil – military imbalance, and nowhere is this imbalance more obvious than in the media and information sector. One tweet by DG ISPR weighs more than a collective effort by the entire Ministry of Information that reigns over several media related institutions including the PTV, Radio Pakistan and etc. While critics take this imbalance in narrative as a larger conspiracy by the military to weaken down civil institutions and democracy by a design, the fact is, it’s really a matter of professionalism as practiced on the two sides.

Take, for instance the ISPR, with its webpage, social media presence, and investments into filmmaking, and compare it with the webpage, social media and activities of the Ministry of Information – the difference will be obvious. This very small yet profound observation reflects the entire situation: A disconnected civilian narrative and information with too many outlets operationalized without a coherent strategy lacking vision and innovation. The result? Senior Cabinet Minister’s presenting different narratives, while Najam Sethi trying too hard to flesh a genius out of misplaced and incoherent communications strategy of the government. The military being good at what it does, hence, by default with a professional media and information management, when it comes to comparison, appears to be driving the country. And why not? With a celebrity status and a following of 1.34million people of DG ISPR on Twitter compared to the absence of his civilian counterpart on the social media platform, the military narrative is the national narrative.

This narrative, however, is dangerous in the long term. There is a very fine line in promoting a positive image of the military and the COAS, and when it slips off into a negative domain. The recent mass popularity, some organic, and rest promoted of Gen. Raheel Sharif has put him at an approval rate that no political leaders has ever seen, but it may be the right time now for ISPR to pull back, and tone down the campaign. Every media and social media campaign has a lifetime, and the important part is to know when to stop. The problem, looking at the history of Pakistan’s military, is that it doesn’t know when to stop. Riding the high wave comes with a greater risk. There are already critical and sarcastic voices erupting all over the country, and the social media mocking the military for making a messianic figure out of the Chief. Hashtags like #ThankyouRaheelShareef and noises are popping up that would damage the military and the Chief in the long run.

While the military is engaged in a very delicate internal operation against the militancy and corruption within the political parties, the fact that ‘soft coup’ has become the national narrative is a failure of ISPR. After all, what really is ISPR’s achievement if the entire country buys that there is a soft coup? While it may be entertaining for many, and not a perceived threat to the military at this time, but when this all ends, which it will, the end result of this very narrative will come back to haunt the military for playing a political role.

In this moment of national crisis, the ISPR needs to denounce, and distance itself from the ‘soft coup’ narrative. Learning from the mistakes of the past, a year or two from now, when the Chief won’t be in uniform, the current narrative of ‘soft coup’ that is defining him will be his biggest criticism. General Raheel Sharif has taken remarkable steps for Pakistan, and should be remembered for that, not for placing a ‘soft coup’ on the government. ISPR needs to be cautious with that.