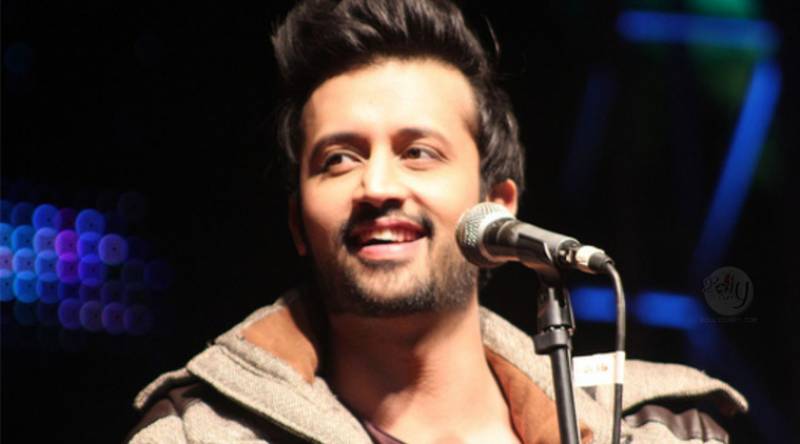 LAHORE -  Atif Aslam is a  sensational  singer and he is having a great fan following not only in Pakistan but across the border as well. The Aadat song vocalist had lent his voice for many Bollywood movies also in past few years.

Atif Aslam’s unique voice and his singing style have impressed many. The artist can sing just about any genre of the song with ease and cause it to become an instant hit.

Aslam’s latest track is Tum, from Imtiaz Ali’s film Laila Majnu. This one, a very slow song, sees the former Jal band vocalist, expressing a range of emotions through his voice modulations. Music by Niladri Kumar and lyrics by Irshad Kamil only add to the beauty of the song. In fact, the music arrangement is such that it only enhances the singer’s voice and pleases the listeners with its soft rhythm.

Laila Manju the movie is directed by Imtiaz’s brother, Sajid, the soulful melody of the song is the true representation of Imtiaz ’s sufiyana work. The song features upcoming actors, Tripti Dimri and Avinash Tiwary, who played the lead roles in the film. Though originally slated for May 4th, the film was released on September 7th.

Below is the video for the lovey-dovey song by Atif Aslam, Enjoy listening to it.