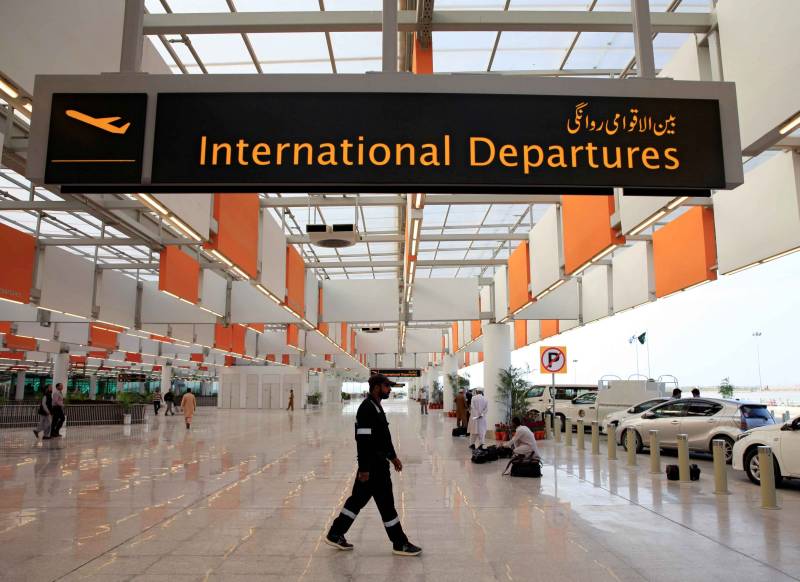 ISLAMABAD - A meeting of the Senate Standing Committee on Aviation Tuesday was held here at the camp office of New Islamabad International Airport with Senator Mushahid Ullah Khan in the chair.

The Committee reviewed implementation status of the recommendations made in its previous meeting. Points of public importance moved by Senator Moula Bux Chandio in relation to various issues pertaining to the mismanagement and lack of facilities at the new Islamabad Airport came under discussion.

Senator Moula Bux Chandio said that new Islamabad Airport was good but passengers were facing several difficulties. He said the condition of washrooms was not good, while the airport did not have proper facilities for the disabled persons.

He said that at the time of plane’s arrival at the airport, the pilot had to make an announcement to call Civil Aviation Authority officials. He also mentioned other issues. Other members of the Committee also pointed out the problems being faced by the passengers at the airport.

Secretary Aviation Muhammad Saqib Aziz told the Committee that the airport was inaugurated before its scheduled time. He said that new staff could not be hired and the effort was made to meet the shortage of staff by obtaining manpower from other airports.

Senator Mushahid Ullah said that provision of facilities was the responsibility of the institutions. He directed that issues raised by the parliamentarians should be resolved at the earliest and passengers be provided facilities according to the international standard adding that after addressing the problems a report should be submitted to the Committee.

well as the present status of the camps. A report of the Sub-Committee, Constituted by the Chairman Standing Committee on Aviation was also presented and considered on the occasion.

A detailed briefing was also given into the matter of suspension of flights of Shaheen Airline during the Hajj operation and difficulties faced by Pakistani pilgrims.