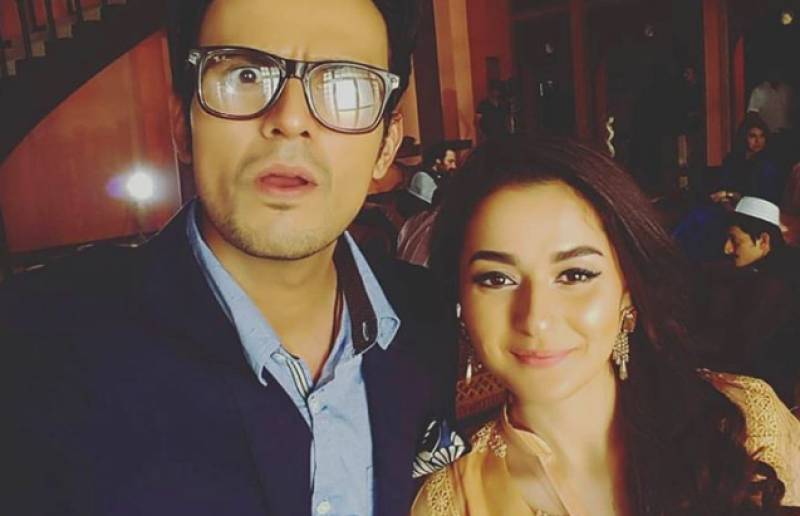 KARACHI - Pakistani celebrities Hania Amir and Usman Mukhtar had together made an amazing chemistry in TV serial Anaa that the audience is waiting to see them on screen again. Anaa became so popular that people began knowing Usman as Altamash, and his next TV screen drama serial will be with Sarah Khan.

Moreover, he also played the role of Prime Minister Imran Khan in ‘Naach Na Jaanay’, a legendary play by Anwar Maqsood and sequel to the popular political satire Aangan Terrha. The good news is that they will be seen together once again for a TV commercial!

Hania Amir had also commented on the post, but she didn't reveal what these two are up to:

However, it does not reveal what exactly their upcoming TVC will be about. Usman Mukhtar also made his debut in 2016 alongside Hania Amir in the feature film Janaan.

We are looking forward to the TVC as their first commercial project together and wish them all the best for the venture.