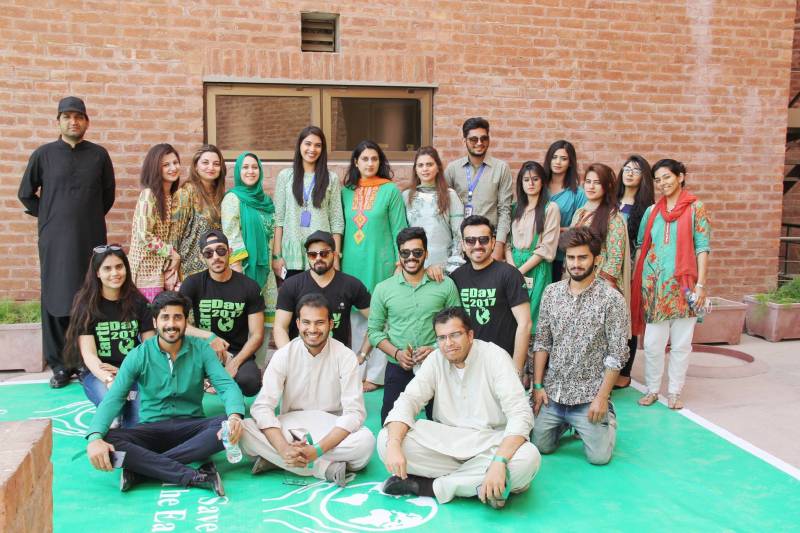 On the 22nd of April 2017, the students of BNU got together and celebrated Earth Day. The public awareness campaign was launched by the students of MA Mass Communications and led by Assist. Prof Neha Mehdi. 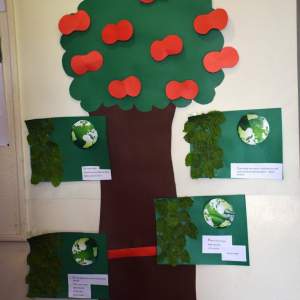 With Lahore suffering smog levels equivalent of those in cities like Delhi and Beijing (some of the most polluted cities in the world) last year, it was very refreshing to see the students highlight the different methods by which society can be more environmentally conscious. The aim of the campaign was to empower students with information about environmental protection and inspire them to take action in it's defense. 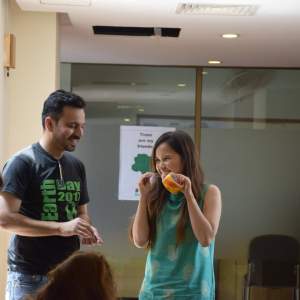 The main corridor of the Seeta Majeed School Of Liberal Arts & Social Sciences was decorated with informative banners and charts about environmental protection. Dustbins were placed in corners of the halls and had awareness messages written on them. One group of students had made a video on Earth Day which showed a citizenry fluent in the concepts of climate change and its unprecedented threat to our planet. Other activities included the selling of brownies to collect money for the planting of trees at BNU and distribution of small flowerpots and informative bookmarks. The event also included fun games for the students to take part in, such as shooting darts and a punching bag that had "Knockout pollution" on it. 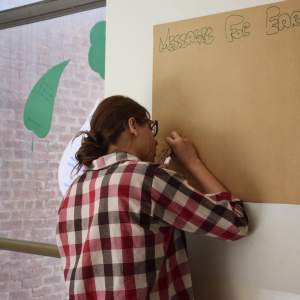 The event concluded with a cake cutting ceremony and visits from the Dean and Vice chancellor. Pictures were taken and discussions about the impact of pollution and the importance of Earth Day took place between the students and teachers as another successful and informative event came to a close.

For more information and pictures of the event you can visit the page: School of Media & Mass Communication - SMC