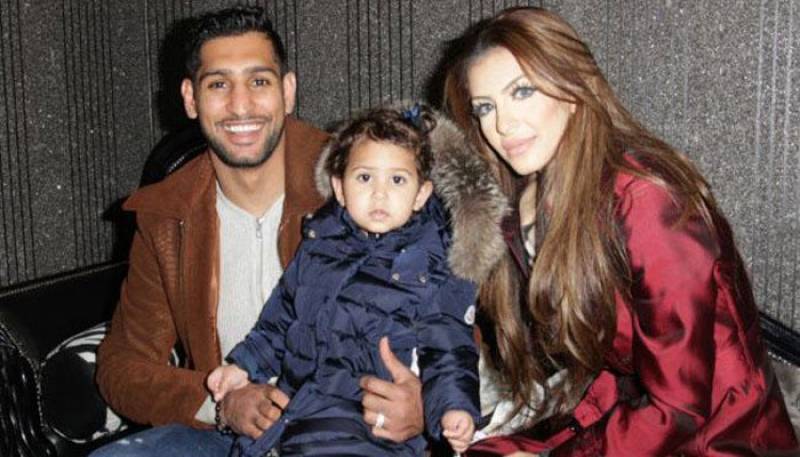 LONDON - The unstable marriage of boxer Amir Khan took a new turn when an excited Faryal Makhdoom revealed that she is expecting her second child.

Makhdoom, the wife of British-Pakistani boxer, posted on social media early on Sunday that she was waiting to announce the special news.

The 26-year-old mommy happily shared her sentiments with her social media followers.

Her husband, Amir Khan, is yet to share his opinion on the subject with his fans.

Alhumdulilah , blessed with baby number 2 in my tummy❤ #excited eating away, can't stop ?

After an ugly Twitter spat that led to what appeared to be a split between the couple, the two now apparently rekindled their relationship.

Faryal, who is a USA citizen, had tried to patch things up with Amir Khan hours after the two took their fight to Twitter, with former unified light-welterweight world champion accusing Makhdoom of cheating with fellow boxer Anthony Joshua.