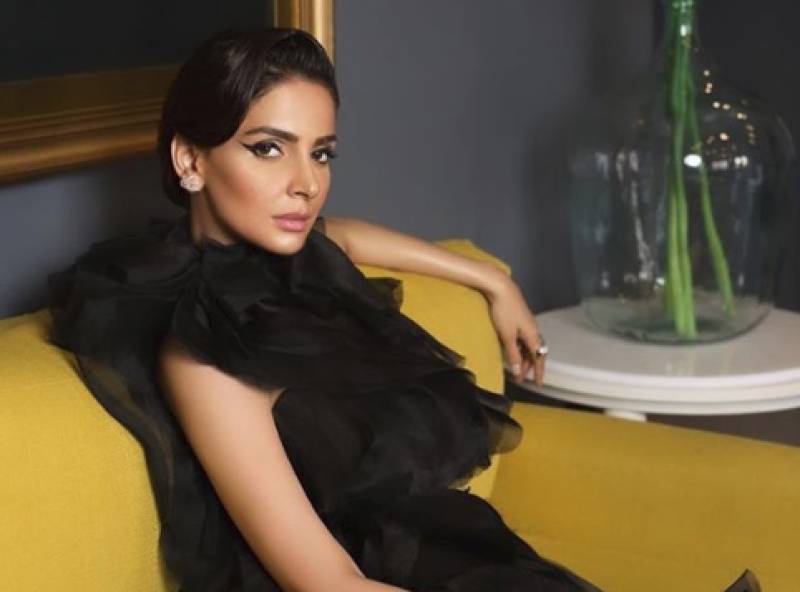 LAHORE- Saba Qamar is a powerhouse of talent and there's no doubt about that. She’s always been on top of her game and is undeniably one of the biggest stars of the Pakistani entertainment industry.

But social media is truly an unforgiving medium and being an A-list celebrity has its own ups and downs.

Recently, the Baaghi star shared a few pictures from her recent photoshoot and we must say, she looked absolutely breathtaking! However, many wouldn’t agree with the aforementioned statement.

Many attacked the Cheekh actor for wearing a not-so-decent outfit and portraying an ‘un-Islamic’ image of Pakistan .

Is this is Islamic Republic of Pakistan ?? pic.twitter.com/50yA34uevR

What a shame! First she is a Muslim and than she is a Pakistani and such dress are not allowed in Islam and our country. Saba Qamar is just a shame. She doesn't deserve to be like and love her acting. #SabaQamar pic.twitter.com/3YfWYcHU15

However, soon after the trolling, a lot of social media users jumped in to defend her.

Oh shut up u all

Having a no 1 position of pak on internet for watching sex movies, How could u blame Saba Qamar for wearing shorts.
Shame on u who has involved and linked this matter with islam.
First see your "Gireban" make urself perfect then u have rite to talk.#SabaQamar pic.twitter.com/8jdXlQIJWB

If you think this is Islamic republic of Pakistan and Saba Qamar should not be wearing this kinda dress, then kindly shut down the Pakistani movie, drama & fashion industry completely OR
simply don't be an attention seeker hypocrite like the guy who posted that pic.#SabaQamar pic.twitter.com/iapn6owAga

Those uneasy on #SabaQamar bold photo-shot & dress must not forget this has nothing to do with "Islam" or the Islamic-Republic."
Having “Tamgha e Imtiaz (2012)” & “Pride of performance (2016)” Saba Qamar is 1st #Filmfare nominated.
Whatever she is doing is her own-damn-business. pic.twitter.com/Jog2bfExYh

What saba qamar decides to wear is none of our business. She is an adult and she knows what she is doing. We can't be the judge here! Get a life!👀