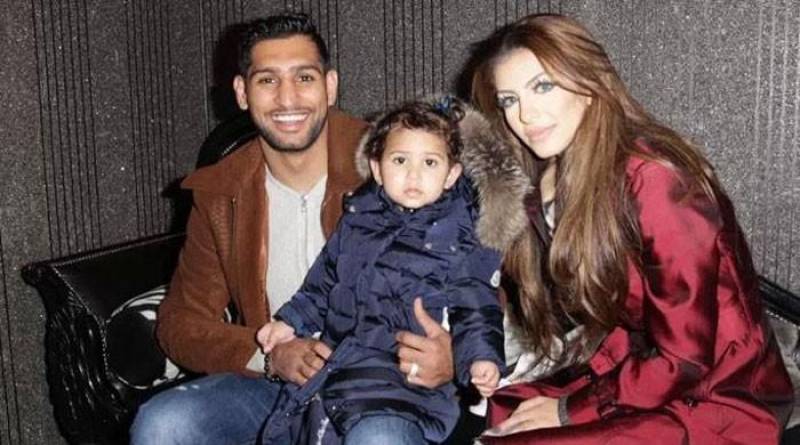 LAHORE - Faryal Makhdoom’s parents said they fear that their son-in-law boxer Amir Khan would divorce their daughter as a result of her ongoing domestic dispute with his parents, according to a Daily Mail report.

Tempers flared earlier this month when Faryal and Amir’s family came to blows over her choice of clothing and her faith.

Mrs Makhdoom pleaded to Amir’s family that they should accept their daughter as their own.

The interviewer asked her about the statement of Amir’s father, according to which he had stated that the couple was likely to divorce soon.

“Faryal also told me that she might get divorced,” said Mrs Makhdoom, adding that she could not sleep for nights after hearing all this.

“How can someone who has his own daughters say such a thing,” she said.

Mrs Makhdoom said she talked to Amir following this, her son-in-law told her that he does not know what is going on and why his father made such a comment.

She sent a message to Amir’s father, requesting him not to mention possibility of divorce again.

She said that she married her daughter at quite a young age and sent her thousands of miles away, now her in-laws should accept Faryal as their own daughter.

“I knew there were a lot of differences, but Faryal tried to adjust,” she said.

In the end, she expressed hope that all the media attention would subside and everything would work out fine.

“Amir is neither mine nor his family’s, he’s an asset for this world,” she said, adding that her son-in-law is a very nice man and he doesn’t need any problems in his life.

"As parents we all can pray for him we don’t want to push him to his limits as he needs to further prosper in life and doesn’t need domestic issues holding him back," she added.

Faryal’s father said that his daughter and Amir Khan are very happy together and it was not appropriate for him to say anything on the subject. ”My wife has said it all,” said Mr Makhdoom.