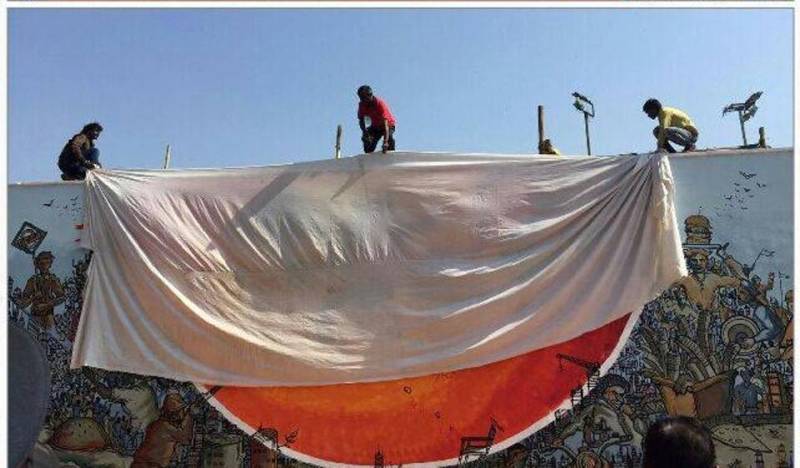 DELHI - Hindu extremist group Shiv Sena on Monday put a piece of white cloth over what it called a "blasphemous" painting of Hindu god Hanuman which shows him wearing western attire and sporting gadgets.

The Hindu god was painted on a wall inside the Indian Institute of Technology-Bombay (IIT-B) and was a part of the institute’s ongoing annual cultural festival Mood Indigo.

Institute officials said the painting was a creative take on the popular image of Lord Hanuman flying with the mythical Gandhamadana Mountain that grew life-saving Sanjivani herbs in one hand and his mace in the other. 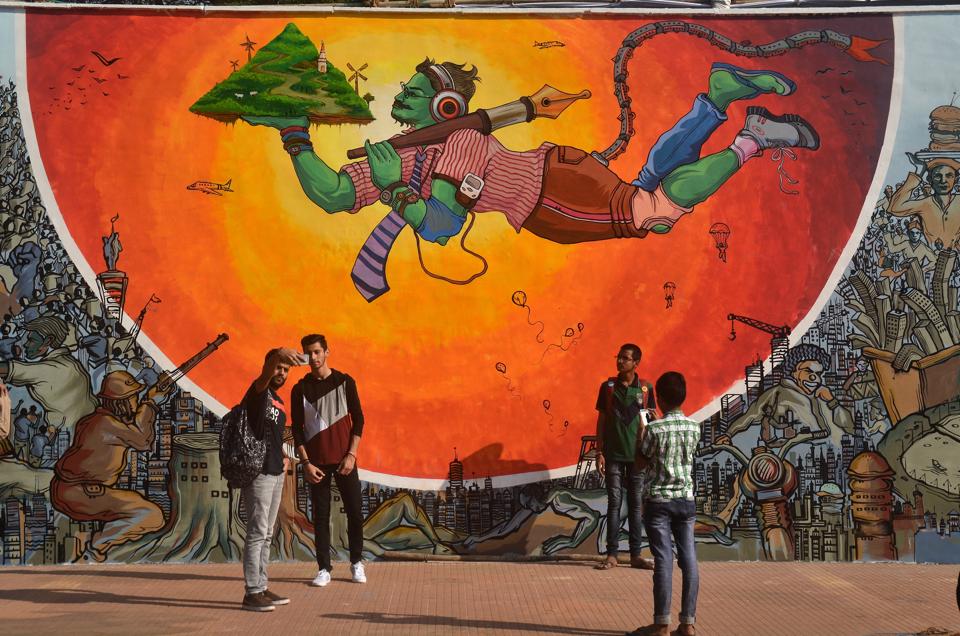 In the painting, on a wall close to the Student Activity Center (SAC), the Hindu god Hanuman was shown holding a pen instead of a mace, his crown was replaced with headphones, an iPod strapped to his arm and a local train was drawn instead of a tail. The painting also depicted him wearing wrist bands, watches and sunglasses and western clothes.

Members of the Shiv Sena said the painting could have stirred outrage among people and needed to be removed.

“The painting mocked Lord Hanuman who is revered by many. Making him wear sunshades, shorts, shoes and slippers cannot be called art. This is plain mockery of God, which is not acceptable,” Sunil Raut, Shiv Sena MLA from Vikhroli, said.

“This is a mockery of someone’s religious beliefs, and could have been picked up by locals as a direct attack against their religion. We wanted to avoid such incidents,” Raut added.