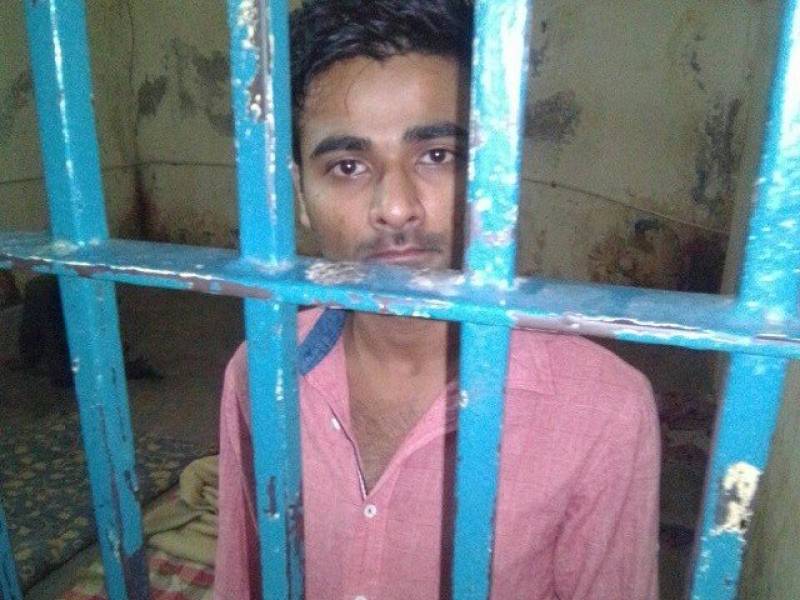 KARACHI - A young boy who filmed himself while firing aerial shots in Karachi was arrested by the police on charges of aerial firing and of open death threats to others.

The accused, Adnan Pasha, first came into social media limelight on February 24 when he posted videos of himself firing bullets on Karachi’s main Shahrae Faisal.

In another video,  Pasha admitted to his crime and sought apology for his actions, however, he blamed Zeeshan Saeed aka Shani for the incident.

“Zeeshan Saeed is my father’s killer, I didn’t threaten anyone. I admitted that I did something wrong and it should not have happened. But I did it to show my anger over Zeeshan Saeed. I know my way of expression was not right,” he claimed in his second video.

His furious expressions went viral and he was nominated in an FIR no 104/2018 u/s 506-B/34 at the Shahrae Faisal police station.

Pasha's threats riled the police which conducted raids at his residence in Gulistan-e-Jauhar and those of his relatives, but to no avail, however, after detaining around half-a-dozen people for interrogation, he was nabbed by the law enforcers.

According to sources, Pasha owns a rent-a-car company, and all the abuses are curses directed towards friend Shani (Zeeshan Saeed) who Pasha had a spat with earlier that night, reported Express Tribune.