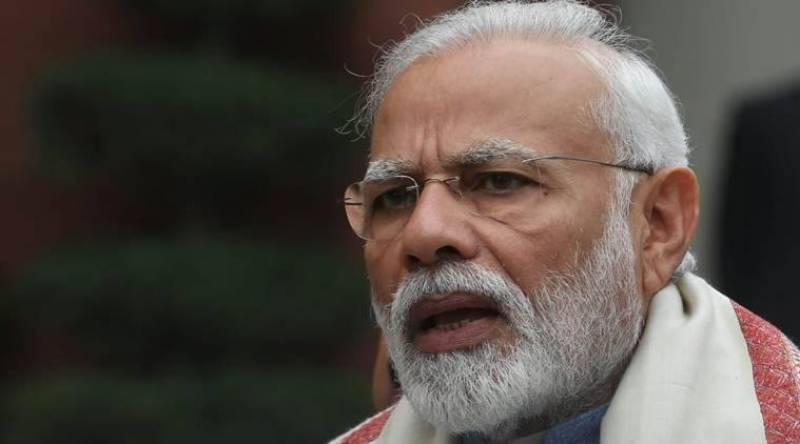 The meeting was held at the prime minister's residence and was attended by ministers of interior affairs, defense, foreign affairs, finance, as well as National Security Advisor Ajit Doval, according to the NDTV.

Earlier in the day, the Indian Foreign Ministry claimed a Pakistani jet was shot down in the aerial incident over the disputed Kashmir region, adding that India also lost one MiG-21 aircraft. Denying the Indian claim, the Pakistani army said it didn’t even fly F-16 fighter jets but had downed two Indian jets that crossed the so-called Line of Control (LoC) separating the Indian-and Pakistani-controlled parts of Jammu and Kashmir.

On Tuesday, the Indian Air Force claimed to have carried out an alleged airstrike against “a camp of Jaish-e-Mohammad group”, considered terrorist by India, in northern Pakistan. The Pakistani Foreign Ministry slammed the airstrike as a violation of its territorial integrity and sovereignty. This incident followed the February 14 attack, in which a car carrying over 100 pounds of explosives was detonated on a highway next to a security convoy in the Pulwama district of the Jammu and Kashmir state, killing 45 Indian paramilitary officers. This was the biggest attack on Indian army since the uprising in the Indian occupied Kashmir.

India has blamed Maulana Masood Azhar, the leader of the Jaish-e-Mohammed, as the person responsible for ordering the attack. After the attack, India blamed Pakistan for harboring and protecting terrorists, accusing the country of having a "direct hand" in the incident.

As a punitive measure, India withdrew Pakistan's most-favored nation status and raised custom duties on goods imported from Pakistan to 200 percent. Pakistan has rejected the allegations of its involvement in the attack and said that this was New Delhi's strategy to divert international attention from human rights violations taking place in the Kashmir region.