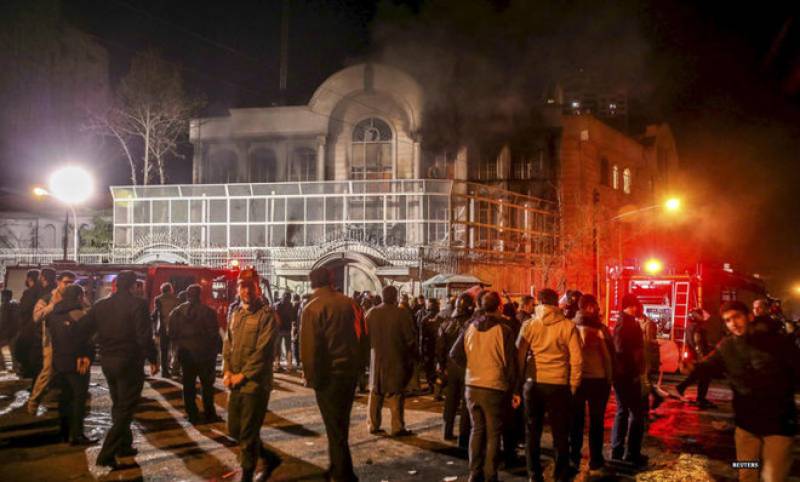 JEDDAH- The judiciary of Iran has decided to reduce punishments for a group of lawbreakers, who were responsible for the January 2016 attack on the Saudi embassy and consulate in Tehran, in response to ''Saudi policy''.

The suspects were accused with disturbing the public order and damaging embassy buildings. Nine accused appeared in the court while the other twelves suspects were absent.

Relations between Tehran and Riyadh have been tense for a long time. After the protesters attacked the Saudi embassy in anger at the execution of Nimr al-Nimr, a prominent Shia cleric in Saudi Arabia, Tehran had initially promised swift justice.

Yet Mohseni Ejei, a spokesman of the judiciary , said that a reduction in punishment was needed due to the growing enmity between Tehran and Riyadh.

He went as far as calling Riyadh an enemy of Iran - a view popular among the regime's prominent figureheads. The reason for leniency, he said, was that the Kingdom has always castigated Iran's interference in the Arab world.

Ejei even tried to justify the attacks but the Iranian President Hassan Rouhani denounced them internationally, calling them a national security threat.