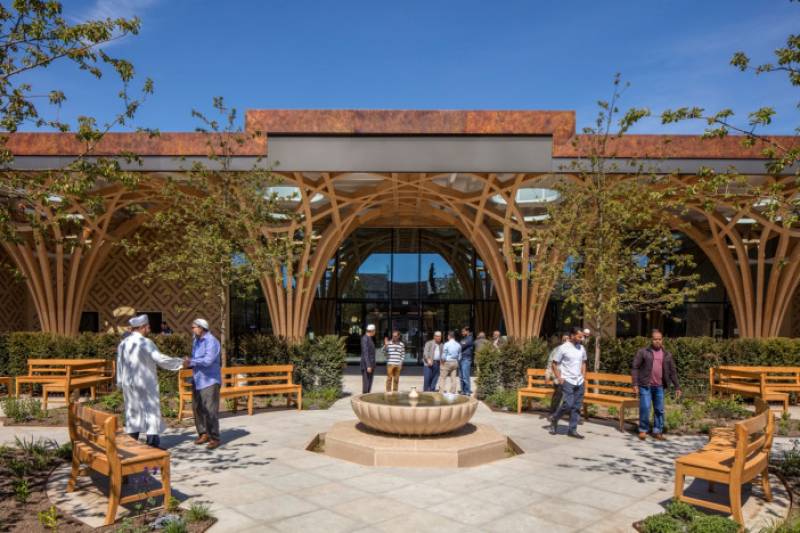 LONDON – Europe's first eco-friendly mosque has been shortlisted for the Stirling Prize which focuses on the best new building in the Kingdom.

The body commenting on the British mosque stated that the jury members were inspired both by Islamic and English religious architectural traditions.

We're pleased to share the People's Vote is now back online. Have your say in who you think should win this year’s #StirlingPrize https://t.co/vaSKBj2T6k

Results will be shared tomorrow afternoon, before we reveal the winner of the Stirling Prize 2021 on Thursday evening. pic.twitter.com/mJ9DRilKG2

“The urban intervention of inserting a mosque capable of welcoming 1,000 worshipers within a low rise, residential neighbourhood, without dominating it, is masterful”, they say.

It further added that “its presence is clear but modest, considering the size of the mosque relative to the two-story terrace houses around it. This is achieved by setting it back from the street, progressing through the Islamic garden, then gradually increasing in scale to the front portico, atrium with a cafe to one side and study center to the other, through to central ablution areas. The building then rises at the rear to the largest mass of the prayer hall, which shifts in geometry to face Mecca. Above all, we sort to develop the idea of a British Mosque for the 21st century.”

The mosque located in the county town of Cambridgeshire has been designed by Marks Barfield Architects while its timber structure garnered international attention. The defining point of the house of worship is the timber trees which form the structural support for the roof and the roof lights. 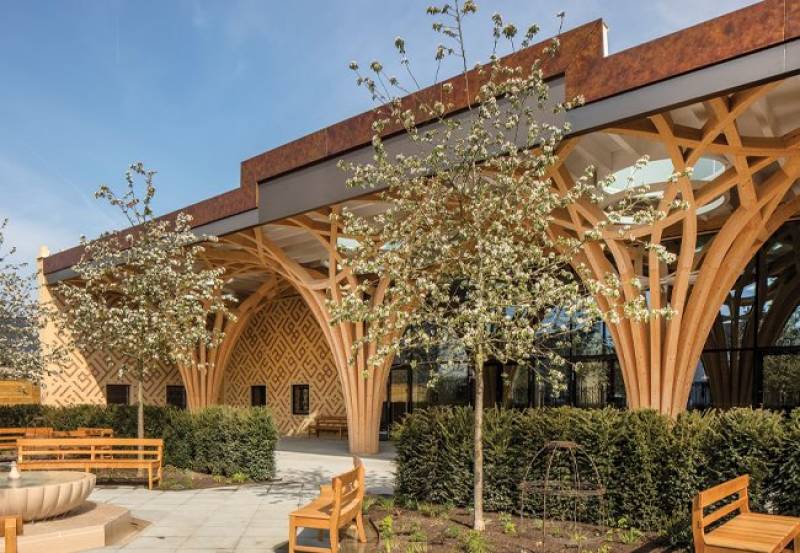 Meanwhile, the announcement for the winner will be made tomorrow (Oct 14). The award will be given to the building thought to be best for the evolution of architecture and the built environment.

Turkish President Recep Tayyip Erdogan has also attended the official opening of the eco-friendly mosque in Cambridge in the year 2019.

The mosque was designed to pay homage to the importance of the sanctity of the natural world and the commandment to avoid waste and lavishness in Islam.

The Faisal Mosque which is located on the foothills of Margalla Hills in Pakistan's capital city of Islamabad has been ...