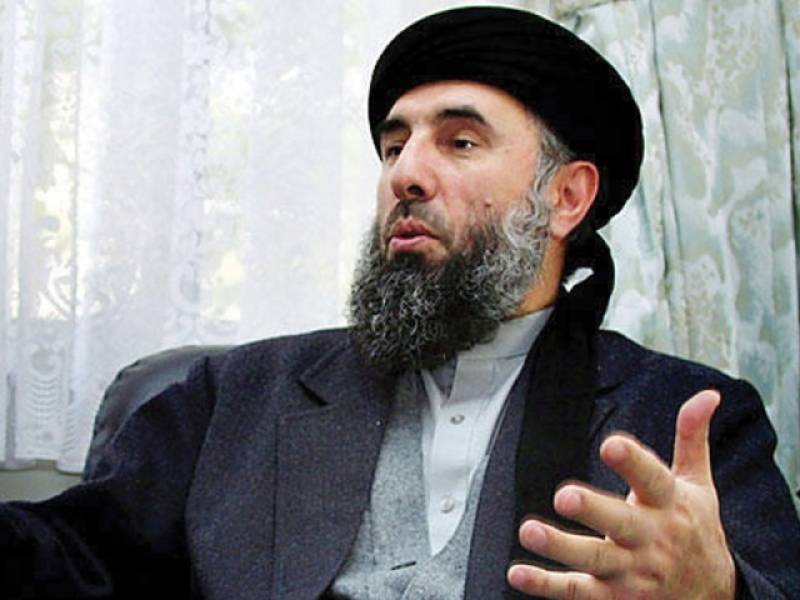 KABUL - A senior leader of the Hizb-e-Islami Afghanistan (HIA) has confirmed that Pakistan had bolstered its peace talks with the administration of Afghan President Ashraf Ghani.

In an interview with Pakistan's leading daily, Dr Ghairat Baheer, the head of HIA’s political affairs committee expressed Pakistan has not interfered or opposed the historic peace talks.

"Pakistan had supported the HIA-Kabul negotiations which led to the signing of a peace deal in September," he said.

Dr Baheer, who is now part of a six-member committee that oversees the implementation of the agreement for active political role of HIA  said that no one from Pakistan had ever dissuaded us from peace negotiations with Kabul.

"Conversely, Islamabad fully supported the peace process," he added categorically in an interview with Express Tribune.

The same was endorsed by the diplomatic sources of Afghanistan as well saying that Pakistan had not interfered in peace talks with the HIA.

Baheer went on to put forth the solution for frayed relations between Islamabad and Kabul expressing that hostile statements from both sides should not be made as they increase mutual mistrust.

:If there is war or instability in Afghanistan, it will naturally affect Pakistan, therefore, the two governments should pursue a policy that can bring their peoples closer." he said.

The official also expressed his suggestions regarding Taliban-Kabul talks adding that no preconditions should be set for dialogue as in case of successful HIA-Kabul negotiations.

"Those who do not join the peace process will stand isolated,” the HIA leader said without mentioning Taliban.

"Gulbudin Hekmatyar has already stated that the HIA would stay neutral in the war," he said adding that HIA would contest the next parliamentary elections.