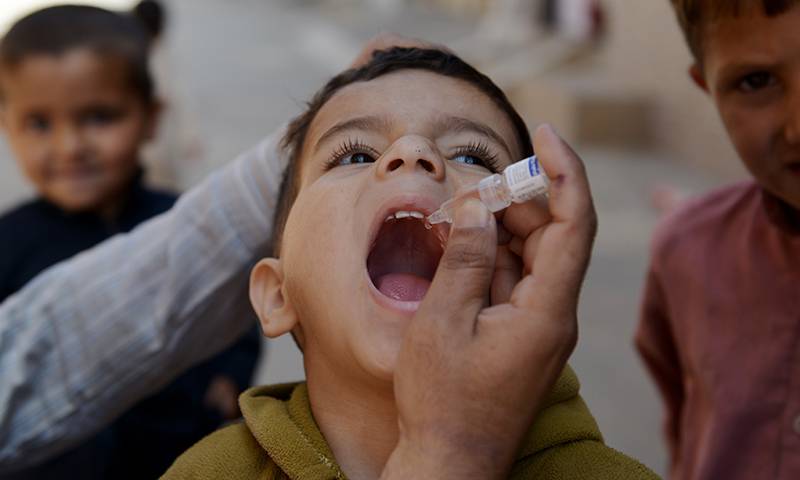 PESHAWAR - A landmark has been achieved in the anti-polio drive as Federally Administered Tribal Areas completed one year without a single case of polio, according to a press release issued on Wednesday.

On Wednesday, Governor Iqbal Zafar Jhagra lauded the efforts of the Polio Eradication Initiative (PEI) Fata team and vaccinators for keeping Fata polio-free for the last one year.

He said, “It is a significant milestone achieved for the first time in the history of fight against polio in Fata.”

He congratulated the Emergency Operation Centre (EOC) Fata Coordinator Dr Fida Muhammad Wazir and his team for their efforts and hard work.

Dr Fida Muhammad Wazir appreciated the EOC Fata team and agency level teams. “We should continue to strive for keeping Fata polio-free forever which is very much possible now,” he maintained.

He said, “it is important that we keep constant check on mobile population as they could be a source of transmitting virus from other regions to Fata.”

The last polio case was reported in Fata on July 27, 2016 and since then the tribal areas maintained their status.

The EOC Fata coordinator added that in line with the National Emergency Action Plan 2017-18 female vaccinators were being hired to reach out to the high-risk mobile population.