MUMBAI - Bollywood diva Priyanka Chopra is in news these days and yes according to sources, Piggy Chops recently got engaged to her rumored American bf, Nick Jonas. The in-built romance between the two has been observed by many and yes both were also seen enjoying the engagement party at the Ambani's.

If the news of their engagement is true then yes we are excited for the further news of wedding bells and pre-wedding festivities. Nick Jonas and Priyanka Chopra details of engagement are pretty cute and people got the hint of this when one of the Bollywood producers tweeted regarding Priyanka's withdrawal from a Bollywood movie. 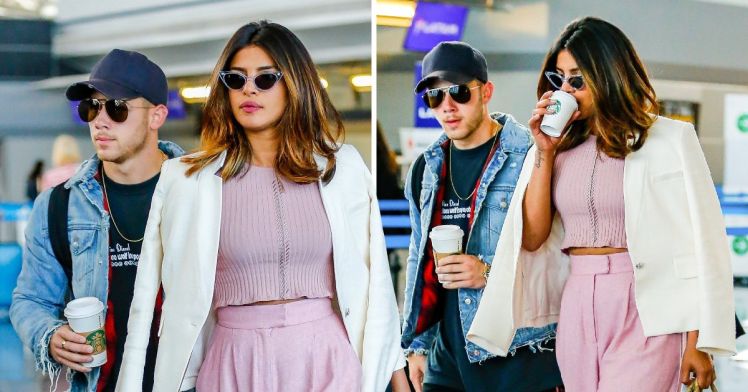 Late Thursday night, filmmaker Ali Abbas Zafar cryptically tweeted that Chopra would not be taking part in Zafar's upcoming film, Bharat, because of a "very very special" reason. "She told us in the Nick of time about her decision and we are very happy for her," he continued.

Yes Priyanka Chopra is no more part of @Bharat_TheFilm & and the reason is very very special , she told us in the Nick of time about her decision and we are very happy for her ... Team Bharat wishes @priyankachopra loads of love & happiness for life 😊😉😍

As if that wasn't confirmation enough, People's unnamed source reported that the couple got engaged last week, on Chopra's 36th birthday, and that Jonas even closed down a Tiffany & Co. in New York City to purchase Chopra's engagement ring.

Rumors about the 25-year-old American singer and Quantico actress dating began swirling over Memorial Day weekend when friends posted a photo on Instagram of the pair yachting together. Since then, though their relationship remained unconfirmed, the couple has been seen spending time with one another's families.

In June, Chopra attended Jonas' cousin's wedding in New Jersey as his date, where she met his brothers Kevin and Frankie, and his parents and both were also seen in Indian gatherings also.

Can't wait to see the engagement pictures of this adorable couple!