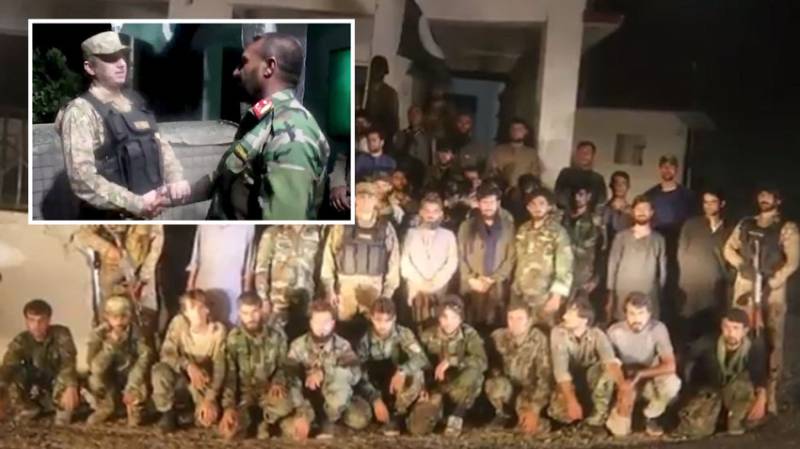 ISLAMABAD – Pakistan amicably repatriated forty-six Afghan soldiers, including five officers to authorities in Nawapass Bajaur - a day after they had crossed the border, fleeing advances by insurgents, the military media wing said Monday.

These 46 Afghan soldiers crossed over and took refuge in Pakistan's northwestern KPK province after losing control of a border post to the Taliban along the international border.

46 Afghan Soldiers including 5 officers have returned to Afghanistan after seeking refuge from Pakistan Army yesterday. Pakistan Army assured that it will help the neighbouring Afghanistan whenever it is needed. 🇵🇰 Pakistan Zindabad. pic.twitter.com/GcEo9BW9gq

A statement issued by Inter-Services Public Relations statement (ISPR) said “These soldiers from the Afghan National Army (ANA) and Border Police were given safe passage into Pakistan, on their own request, by the Pakistan Army in Arundu Sector of the Pak-Afghan international border, Chitral on July 25. After necessary clearance, the Afghan soldiers [had] crossed into Pakistan with their weapons, ammunition and communication equipment”, it added.

ISPR further mentioned “The soldiers have now been amicably returned to Afghan authorities on their request along with their weapons and equipment. Pakistan will continue to extend all kinds of support to our Afghan brethren in time[s] of need”.

The Afghan soldiers have been provided food, shelter, and necessary medical care as per established military norms, the Pakistani army said, adding that it had informed Afghan officials about the development.

Pakistan has provided refuge to 46 Afghan soldiers on request of the local commander of Afghan National Army along ...

Earlier, the Afghan authorities denied that troops had crossed into Pakistan. Afghan National Defense and Security Forces spokesperson General Ajmal Omer Shinwari said “This issue is not true. No Afghan military personnel have taken refuge in Pakistan, the sensitivity that all Afghans have against Pakistan and especially our military is clear to all.”

In the meanwhile, scores of Afghan armed forces members and city officials have fled to neighboring countries including Pakistan in recent weeks in wake of the attacks from the insurgents.

ISLAMABAD – Interior Minister Sheikh Rashid Ahmed said that Pakistan Army troops have been deployed along the ...