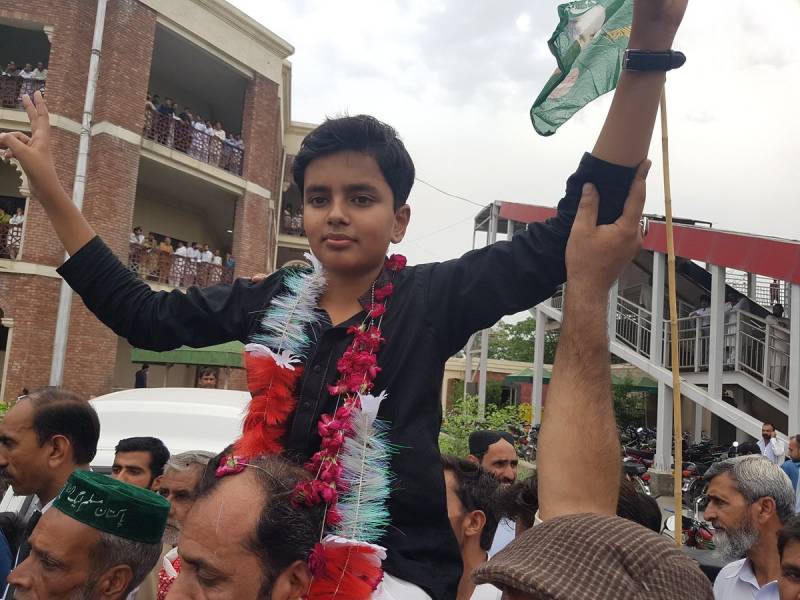 ISLAMABAD - A 12-year-old son of Pakistan Muslim League Nawaz leader, Qamarul Islam, has stepped out of his home to continue the election campaign for his father - currently behind the bars in the Saaf Pani Company scam.

Salaar Islam Raja has started electioneering by going from place to place in a bid to woo voters ahead of the upcoming general elections. His dramatic foray into the electoral politics, at such naive an age, comes owing to the arrest of his father by the National Accountability Bureau on Monday. 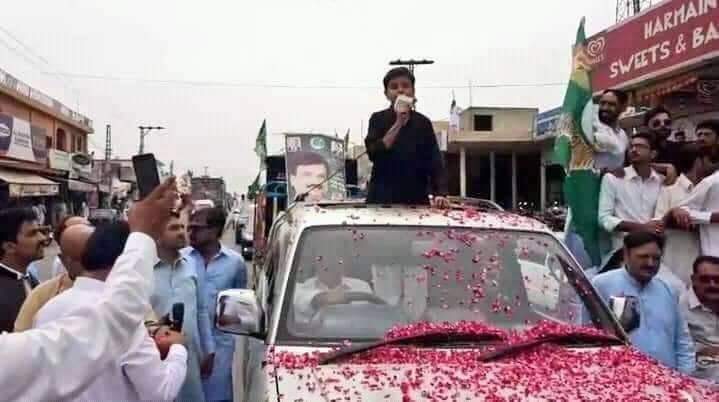 A few of the pictures uploaded on social media show the youngster addressing the party loyalists from a vehicle's sunroof; he is also showered with rose petals at different places across the NA-59.

Addressing constituents today, the 12-year-old said, "I have been asked by former prime minister Nawaz Sharif, Shehbaz Sharif and Maryam Nawaz to start our election campaign." Expressing hope that his father will win, he said, "NA-59 is the stronghold of PML-N."

Responding to a question, the 12-year-old said, "I don't have any message for Chaudhry Nisar."

Besides Salaar, his 17-year-old sister, Uswa Qamar has also started taking part in the electoral campaign,a  video of which is also being shared on social media.

The constituency in question made headlines when disenchanted member of Pakistan Muslim League Nawaz, Chaudhry Nisar, announced to contest elections from here - in an independent capacity.

Initially, Pakistan Muslim League Nawaz did not field any candidate against the former security czar, however, in a policy shift, the former ruling party announced pitching Raja Qamarul Islam against the political maverick.

Within hours of confirmation of Islam's candidature, the accountability watchdog started a probe against him, formally arresting him and a former official of Saaf Paani company, Wasim Ajmal.

The politician is accused of having awarded contracts for 84 water treatment plants at a higher price. His predecessor Ajmal is also accused in the case.

An accountability court had sent the aspiring candidate on a 14 days remand, however, his defiant son released a video message, asking the party loyalist and masses to join him at the Katcheri for filing the papers.

The entry of Qamar's son in cut-throat electoral politics is being widely hailed on a national scale as the political analyst cast aspirations over the 'timings' of the arrest and believe that the 'coercion' might be to provide succour to Chaudhry Nisar, who is considered close to the all-powerful military establishment.