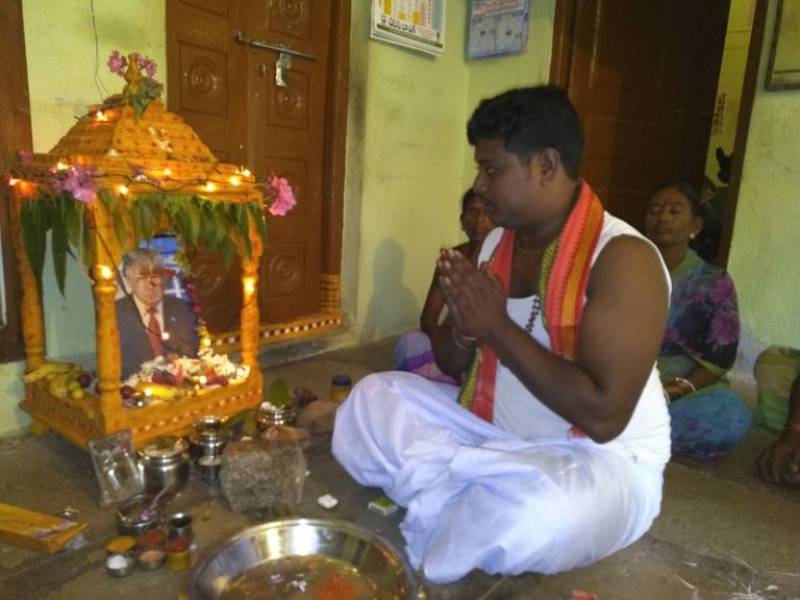 NEW DELHI - A 'crazy' Indian devotee has gone viral after it emerged that he worships the 45th president of United States, Donald Trump.

Bussa Krishna, a diehard fan of Donald Trump, has spent past three years worshipping the Oval office occupant as a God, carrying around a picture of the politician and praying to him several times a day.

“Nobody took me seriously and some people even called me a mad fellow, wondering how prayers in a remote village would reach Trump. But I have a strong faith in what I am doing,” he said while standing ground over the eerie behaviour. 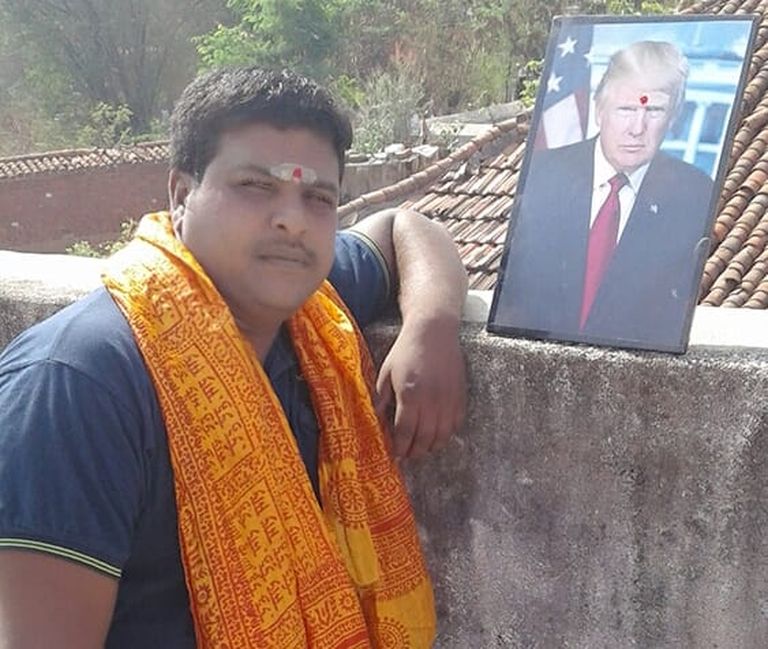 Hailing from Telangana near the capital of Hyderabad, the 31-year-old's admiration for Trump began around the time, he kicked off his "Make America Great Again" campaign.

Krishna shows his love for Trump through his social media page as well where he regularly shares the pictures and videos of worshipping the tycoon at the shrine.

Krishna even claimed that he received a message from Trump on Twitter on June 19.

“Krish from India is a very close friend of mine; out of the billions and billions of Indians, he is my favourite. He’s able to channel dragon energy from worshipping my photos; maybe low-energy Jeb Bush should give it a try; I’d be happy send him a pic! See you soon Krish!” the message read.

It could not be independently verified whether the message was genuine but Krishna confirms the authentication of the message.

“I am extremely happy to receive a message from Trump. I am sure he will remember me if he comes to India,” he said and added that the people in his village termed him mad and suggested him to visit a psychologist. 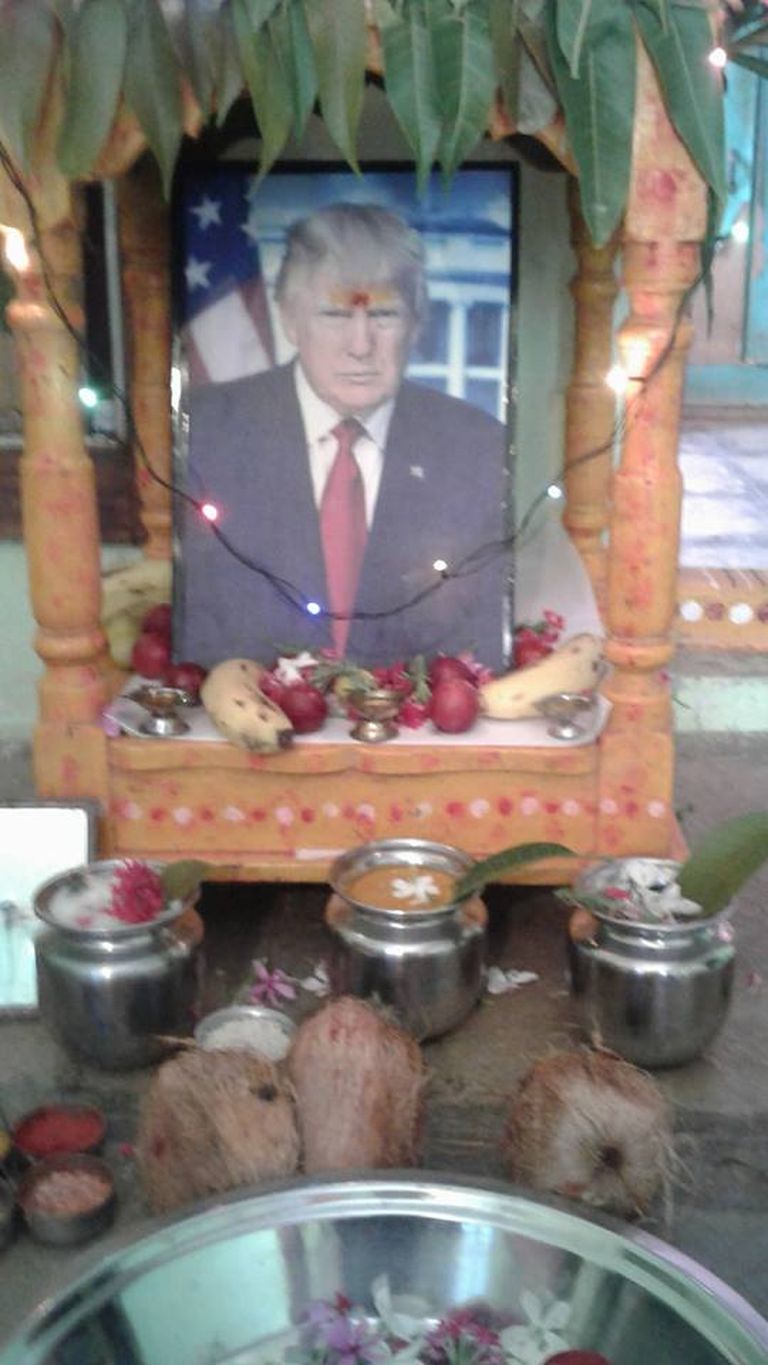 "I told them 'I don't require any, maybe you should go, because he is my God and I am not bothered about what others say'," he said in defiance.

The faithful expressed that his next plan was to build a temple for Trump in three to six months.

His neighbour say Karishna always carries the photo of Donald Trump with him and did not listen to anybody who tries to stop him doing this.

Krishna's Facebook page is flooded with comments supporting his worship of the tycoon-turned-president of the United States.