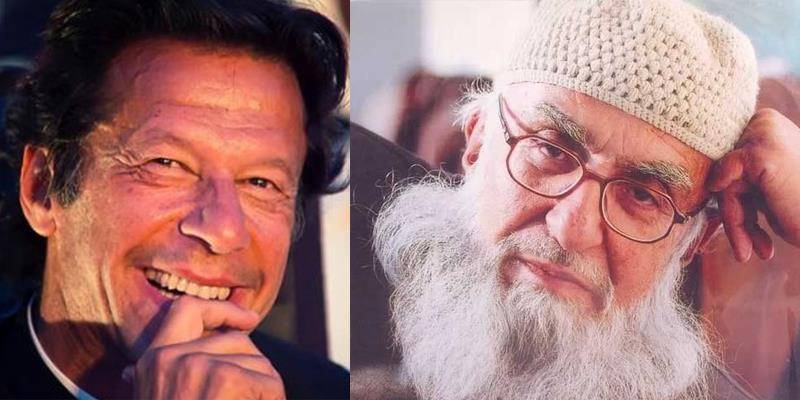 The decision was announced by the son of Pir of Sial Sahibzada Qasim Sialvi in a meeting with PTI's NA-90 candidate Dr Nadia Aziz.

Sahibzada Qasim Sialvi announced unconditional support in upcoming general elections for PTI candidates across the district including Dr Nadia Aziz for NA-90, Chaudhary Iqbal PP-77 and Ansar Majeed Niazi PP-78 and all the other candidates.

Speaking on the occasion Qasim Sialvi said that decision of favoring PTI's candidates was made after "deep thinking" ,saying political affiliations were not bigger than the safety of religion and safety of the country.

LAHORE - A lawmaker from Punjab invited a storm in her hometown as she quit the Pakistan Muslim League-Nawaz (PML-N) to ...

"We consider politics a worship as serving people is the most sacred service a man can deliver to his fellows on earth", he added. Dr Nadia Aziz welcomed Pir of Sial Sharif for the support offered to PTI candidates.

Speaking to journalists at Sial Sharif, Tareen said his meeting with Pir Hameeduddin Sialvi was not a political one but meant to show unanimity on a religious issue.

The PTI had condemned the move on Khatm-i-Nabuwat in parliament supported all movements including the one seeking ouster of Rana Sanaullah as law minister.

Let it be known that the influential Pir Sialvi had been providing succour to Pakistan Muslim League Nawaz, however, the Election Act 2017 created fissures between the religious personality and the political party having a stronghold across Punjab.

A meeting between Chief Minister Punjab Shehbaz Sharif and Pir Sialvi made headlines across the media as reportedly the differences between the two groups stood settled but the support to PML-N's rival group at a critical juncture confirms that Pir Sialvi was not satisfied with the January meeting, that ended in smiles.