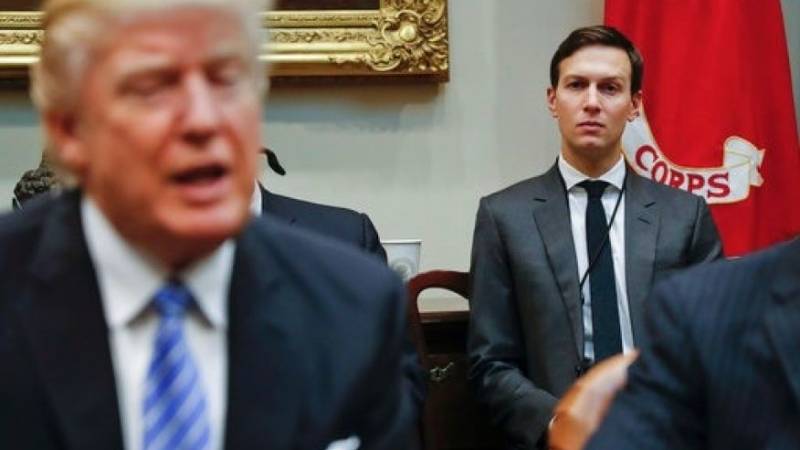 WASHINGTON - Donald Trump's son-in-law Jared Kushner is under scrutiny by the Federal Bureau of Investigation (FBI) in the Russia probe, it emerged on Friday.

According to a report by Washington post,  Kushner is being investigated because of his meetings in December and other possible interactions with the Russian ambassador Sergei Kislyak and a banker from Moscow.

The Washington Post report also divulges that Kushner also sought a bug proof communication line with Kremlin (official residence of the President of the Russian Federation) before Trump took office.

The FBI is currently investigating the probable meddling by Russia in the 2016 U.S. election and links between Trump’s presidential campaign and Russian officials seeking to influence the election.

The investigations against Trump's relative began after National Security Adviser Michael Flynn tendered his resignation in February because it was revealed that he had misled Vice President Mike Pence and other top White House officials about his conversations with the Russian ambassador to the United States.

It bears mentioning that FBI, White House and Russian Embassy have yet to respond to the latest report that could make situation worst for the already embattled tycoon-turned president promising to 'Make America Great again'.