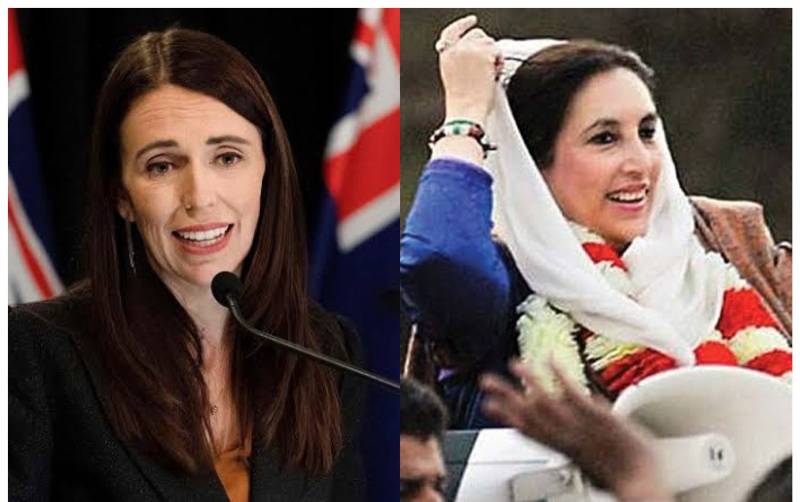 The New Zealand Prime Minister emphasised the importance of democratic systems by echoing Bhutto's 1989 speech at the university.

In her speech, Arden shared that she had met the late Benazir Bhutto in Geneva in 2007, seven months prior to her assassination.

Further, she added said that despite all the political differences that exist in the world, two things about Bhutto were undeniable. "She was the first Muslim female Prime Minister elected in an Islamic country when a woman in power was a rare thing, and she was also the first to give birth in the office," continued Arden.

She mentioned how 30 years later she was "the second and the only other leader to have given birth in office almost 30 years later."

"My daughter, Neve Te Aroha Ardern Gayford, was born on the 21st of June 2018, Benazir Bhutto’s birthday," she told the audience.

"The path she carved as a woman feels as relevant today as it was decades ago, and so too is the message she shared here in this place," she said.

Echoing Bhutto, she said, "This imperfect but precious way that we organise ourselves, that has been created to give equal voice to the weak and to the strong, that is designed to help drive consensus, it is fragile."

"After all, there are some things in life that make the world feel small and connected; let kindness be one of them," she concluded.

The first female Prime Minister of the Muslim world late Benazir Bhutto is a true embodiment of a true leader that stays alive in the hearts of the people long after leaving this world.

The first woman elected Prime Minister in a Muslim nation who led Pakistan twice is being remembered on the 14th death ...