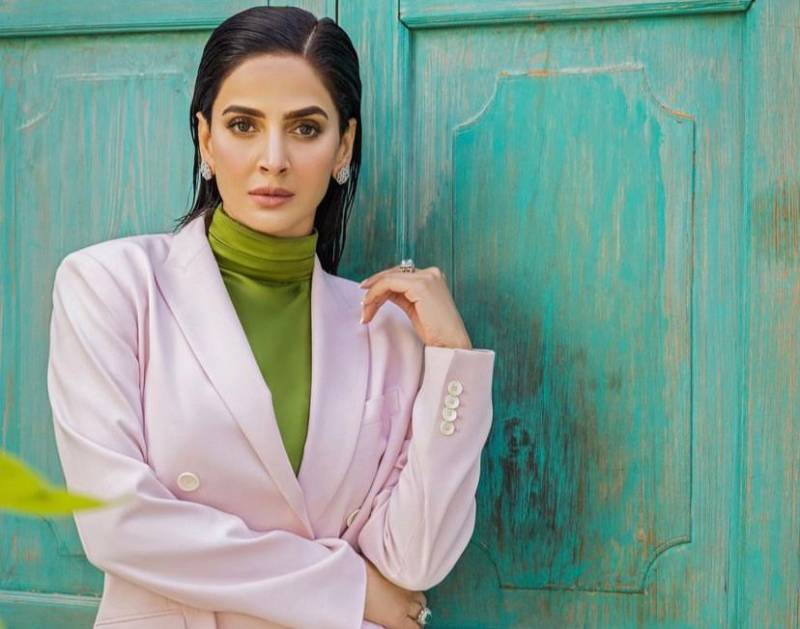 Lollywood diva Saba Qamar is a fan and critics’ favourite. The Baaghi star is a talent powerhouse that people love to see onscreen be it in India or Pakistan.

Despite her onscreen persona of a bold and beautiful superstar, the Cheekh actress recently disclosed her reluctance while doing a bold scene in her popular Bollywood film Hindi medium.

Discussing a particular sequence in the Irfan Khan-starrer, Saba states, "It was a little bold scene for me because of that night suit which was too short, you know that we didn’t have the trend of movies in Pakistan, also, we are not accustomed to wear such clothes and portray such bold scenes"

"I personally was uncomfortable doing that scene as we are not used to such portrayals here, however, it was done comfortably so I was okay,later on”., concluded Qamar.

On the work front, Saba will be returning to the small screen with an upcoming project Tumhare Husn Ke Naam and the film Ghabrana Nahi Hai.

Saba Qamar is a talent powerhouse that people love to see onscreen be it in India or Pakistan. This time around, the ...