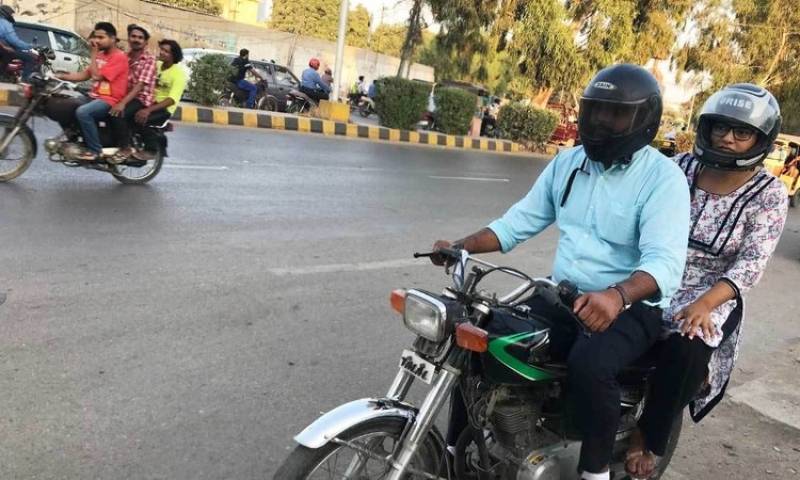 LAHORE – The Lahore High Court (LHC) on Tuesday declared the use of a helmet for a pillion rider of a motorcycle compulsory from December 1.

A bench of the high court issued the order while hearing a case pertaining to the use of the helmet. The city traffic officer (CTO) has been ordered to implement the new law with the start of the new month.

The court also ordered strict action against the violators. A crackdown has also been ordered against those who are riding their motorbikes without side mirrors.

Informing the court about the performance of the traffic police, the CTO said that more than 200,000 violation tickets were so far issued to bike riders for not wearing the helmet.

Earlier, The PTI led Punjab government had declared it mandatory for motorcyclists to wear helmets and has introduced fines to be imposed on those found violating traffic laws.

In September, the Lahore High Court had directed traffic police to expand the crackdown against motorists without helmets during the hearing of a petition.